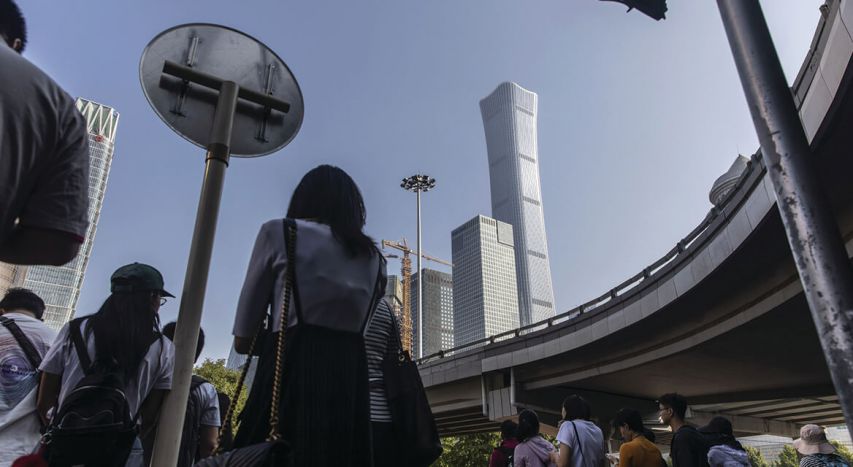 A group of prominent economists from the U.S. and China, including Michael Spence, Advisory Board Co-Chair of Asia Global Institute and three other Nobel winners, called for the world’s two largest economies to abandon their trade war and agree to a new path forward. The group argued a more sensible framework for future trade relations would give China room to pursue industrial policies that are often a target of criticism from the U.S., while also allowing the U.S. latitude to respond with targeted tariffs if China’s policies were damaging its interests.

A group of prominent economists from the U.S. and China called for the world’s two largest economies to abandon their trade war and agree to a new path forward that would give both countries more latitude to both pursue their own domestic economic policies and hit back at those that hurt them.

In a joint statement issued in China on Sunday, 37 economists -- including Joseph Stiglitz, Michael Spence and three other Nobel winners -- bemoaned what they said has been a descent of the trade conflict into a binary debate where the only emerging solutions are either wholesale economic reforms by China leading to a converging of economic models or an economically-damaging “decoupling.”

The group argued a more sensible framework for future trade relations would give China room to pursue industrial policies that are often a target of criticism from the U.S., while also allowing the U.S. latitude to respond with targeted tariffs if China’s policies were damaging its interests.

“We believe this approach preserves the bulk of the gains from trade between the two economies, without presuming convergence in economic models,” the statement says. It also would be in line with the current multilateral system, they argued, although it would enlarge both the U.S. and China’s rights under current World Trade Organization rules.

The push is emblematic of the ways in which economists and other thinkers are wrestling with how to respond to U.S. President Donald Trump’s challenge to the existing governance of the global economy. While many countries have circled the wagons to try and protect the WTO and other institutions from Trump’s attacks, there is also a growing acknowledgment from many sides of politics that the current system has not worked in addressing China’s economic rise and its effect on other economies.

It comes as Trump is working to close what he has described as “phase one” of a trade truce with China that is designed to avoid a further escalation of their trade wars. It would see China commit to resuming agricultural purchases from the U.S. at levels similar to those seen before the U.S. started imposing new tariffs last year and would put on hold the threat of further U.S. duties. It is also expected to include commitments on intellectual property reforms and currency manipulation by China.

But the interim deal, which Trump has said he hopes to sign with China’s Xi Jinping at a summit in Chile next month, would crucially push discussions of other U.S. complaints such as China’s industrial policies to later rounds of negotiations.

In an interview, Rodrik said Trump’s trade attack on China has shifted the debate on how to manage the economic relationship into dangerous territory. “What he is doing is crowding out space for a more reasonable discussion,” Rodrik said.

“What the United States is doing is actually engaging in a trade war and imposing tariffs as a way of forcing China into a series of economic arrangements,” he said. “The modus operandi is ‘China you are not playing by the rules of the game and we are going to raise our tariffs on you until you fall into line.”’

At the same time, he said, “China brings to a head the fundamental tensions of the world trading regime like nothing else” and policymakers needed to realize that their expectation that China would simply “fall into line” with global trading rules had not worked.

“China is the clearest example that that is an unrealistic expectation and because it is such a large economy it makes the tension existential,” he said.

This article appeared in Bloomberg on October 27, 2019. The views expressed in the reports featured are the author’s own and do not necessarily reflect Asia Global Institute’s editorial policy.