Economics in a Time of Political Instability

MILAN/STANFORD – Over the last 35 years, Western democracies have seen a rapid rise in political instability, characterized by frequent shifts in governing parties and their programs and philosophies, driven at least partly by economic transformation and hardship. The question now is how to improve economic performance at a time when political instability is impeding effective policymaking.

In a recent article, one of us (David Brady) shows the correlation between rising political instability and declining economic performance, pointing out that countries with below-average economic performance have experienced the most electoral volatility. More specifically, such instability corresponds with a decline in the share of industrial or manufacturing employment in advanced countries. Though the extent of the decline varies somewhat across countries - it has been less sharp in Germany than in the United States, for example - the pattern is fairly ubiquitous.

Over the last 15 years, in particular, increasingly powerful digital technologies enabled the automation and disintermediation of "routine" white- and blue-collar jobs. With advances in robotics, materials, 3D printing, and artificial intelligence, one can reasonably expect the scope of "routine" jobs that can be automated to continue expanding.

The rise of digital technologies also boosted companies’ ability to manage complex multi-source global supply chains efficiently, and thus take advantage of global economic integration. As services became increasingly tradable, manufacturing declined steadily as a share of employment, from 40% in 1960 to about 20% today. But, in most advanced countries, the tradable sector did not generate much employment, at least not enough to offset declines in manufacturing. In the United States, for example, net employment generation in the third of the economy that produces tradable goods and services was essentially zero over the last two decades.

Partly driven by these trends, the share of national income going to labor, which rose in the early post-war period, began falling in the 1970s. While globalization and digital technologies have produced broad-based benefits, in the form of lower costs for goods and an expanded array of services, they have also fueled job and income polarization, with a declining share of middle-income jobs and a rising share of lower- and higher-income jobs splitting the income distribution. The magnitude of this polarization varies by country, owing to disparate social-security systems and policy responses.

Until 2008, when economic crisis roiled much of the world, the concerns associated with rising inequality were at least partly masked by higher leverage, with government expenditures and wealth effects from rising asset prices supporting household consumption and propping up growth and employment. When that growth pattern broke down, economic and political conditions deteriorated rapidly.

Most obvious, the drop in growth and employment has amplified the adverse effects of job and income polarization. Beyond the obvious practical problems this has raised, it has impinged on many citizens’ sense of identity.

In the post-war industrial era, one could reasonably expect to earn a decent living, support a family, and contribute in a visible way to the country’s overall prosperity. Being shunted into the non-tradable service sector, with lower income and less job security, caused many to lose self-esteem, as well as fostering resentment toward the system that brought about the shift. (It did not help matters that the same system bailed out the main driver of the economic crisis, the financial sector – a move that exposed a stark disparity between exigency and fairness.)

While technology-driven economic transformation is not new, it has never occurred as rapidly or on as large a scale as it has over the last 35 years, when it has been turbocharged by globalization. With their experiences and fortunes changing fast, many citizens now believe that powerful forces are operating outside the control of existing governance structures, insulated from policy intervention. And, to some extent, they are right.

The result is a widespread loss of confidence in government’s motivations, capabilities, and competence. This sentiment does not appear to be mitigated much by a recognition of the complexity of the challenge of maintaining incentives and dynamism while addressing rising inequality (which, at its most extreme, undermines equality of opportunity and intergenerational mobility).

As Brady points out, during the more stable period immediately following World War II, growth patterns were largely benign from a distributional perspective, and political parties were largely organized around the interests of labor and capital, with an overlay of common interests created by the Cold War. As outcomes have become increasingly unequal, there has been a fragmentation of interests across the electoral spectrum, leading to instability in electoral outcomes, political paralysis, and frequent changes in policy frameworks and direction.

This has several economic consequences. One is policy-induced uncertainty, which, by most accounts, amounts to a major impediment to investment. Another is the distinct lack of consensus on an agenda to restore growth, reduce unemployment, reestablish a pattern of inclusiveness, and retain the benefits of global interconnectedness.

On one level, it is hard not to see this as a self-reinforcing destructive cycle. Political instability reduces the likelihood of defining and implementing a reasonably comprehensive, coherent, and sustained economic-policy agenda. The resulting persistence of low growth, high unemployment, and rising inequality fuels continued political instability and fragmentation, which further undermines officials’ capacity to implement effective economic policies.

But on another level, these trends may actually be healthy, as they bring concerns about globalization, structural transformation, and governance – which have so far been expressed mainly in the streets – into the political process. This kind of direct connection between citizens’ concerns and governance is, after all, a core strength of democracy.

When a developing country gets stuck in a no-growth equilibrium, building a consensus on a forward-looking vision for inclusive growth is always the critical first step toward achieving better economic performance and the policies that support it. That is what the most effective leaders have done. The principle is the same for developed countries. Our best hope is that today’s leaders understand it and will adhere to it, thereby putting their creative energies to work on a new vision that places their countries on a path to greater prosperity and equity.

This article first appeared in Project Syndicate on March 23, 2016. 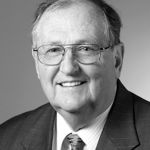