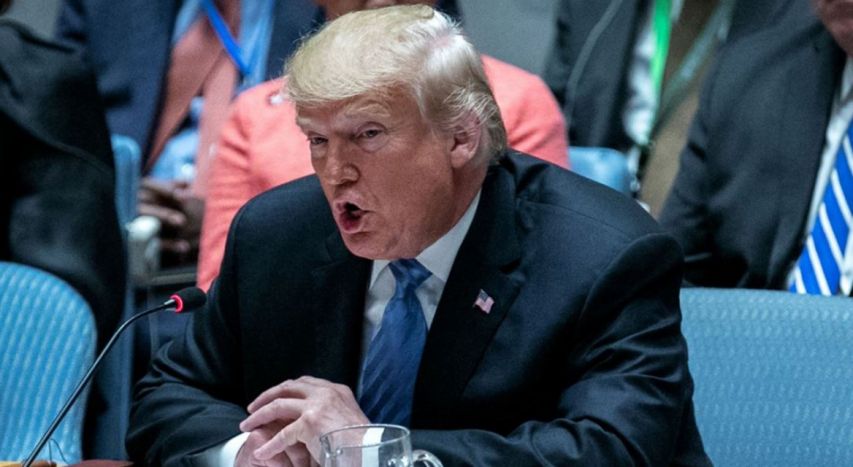 Donald Trump draws laughs at the UN, but the US’ isolationist turn should amuse no one

Andrew Sheng says Donald Trump’s UN speech articulated his vision for American patriotism, which threatens the international system of trade, travel and finance that has made us better off.

Why is it that, 10 years after the failure of Lehman Brothers, the world feels like a dangerous place? US President Donald Trump’s remarkable speech to the United Nations this week was supposed to restate the new order America has for the world. And all he got was a laugh.

But it was an important speech, spelling out more clearly what everyone has known since January 2017 – his administration is dismantling what America has stood for since the second world war. Out goes the vision of a liberal rules-based stable world under US leadership.

What replaces it is a “no holds barred” reality show of bilateral “art of the deal” negotiations, supposedly to solve what is paining America. Never mind the collateral damage to everyone else, even if they are ultimately American consumers. What everyone heard is that the White House does not care much about allies or enemies, only what is good for the United States.

Speeches to the UN have never been about foreign policy. Speaking in front of 193 member countries, the national leader is actually addressing their home audience to show that their voice is heard by the whole world.

Most national leader speeches to the UN are boring homilies. They praise themselves, pay due respect to the UN and expound upon what Miss Congeniality says in all beauty contests: “World peace!”

What we got instead from Trump was raw and edged: “America’s policy of principled realism means we will not be held hostage to old dogmas, discredited ideologies and so-called experts who have been proven wrong over the years, time and time again.”

That statement made a powerful indictment of “experts”, because his supporters feel that it is the elites that have run the country for 70 years who have let them down.

If America is doing so well economically, militarily and technologically, why should its middle class feel so insecure?

The answer lies not in what the speech said, but what it omitted. Everywhere in the world, not least in America, the greatest existential concerns are inequality and climate change.

Trump said almost nothing about either issue, both of which are stressing societies and pushing immigration from poorer neighbours across borders to richer nations with cooler climates.

Instead, what was decided was non-participation in the Global Compact on Migration, withdrawal from the Human Rights Council and non-recognition of the International Criminal Court. There was also a barrage against Opec, which contains some of the US’ strongest allies.

If other bodies like the World Trade Organisation or even the UN do not do America’s bidding, then the cutting of funds or withdrawal is a matter of time. Does that imply the US will now veto every World Bank or International Monetary Fund loan to members it does not like?

In short, it is all about anti-globalism: “We reject the ideology of globalism, and we embrace the doctrine of patriotism…” Trump said. “The passion that burns in the hearts of patriots and the souls of nations has inspired reform and revolution, sacrifice and selflessness, scientific breakthroughs and magnificent works of art.”

Never mind if a lot of that sacrifice and selflessness was by immigrants and new arrivals.

Outsiders who used to admire America as an open society founded by immigrants with new ideas on how to build a more just society and free economy find instead one with an increasingly closed mind to global issues.

It does seem strange that American innovation, entrepreneurship and dynamism, which drew continuously on new talent, first from Europe and then the rest of the world, is now walling up its borders physically, legally and mentally.

There are 40 million immigrants in the US today, representing 13 per cent of the US population. Immigrants founded nearly one-fifth of the Fortune 500 companies, such as Google, Procter & Gamble, Kraft, Colgate Palmolive, Pfizer and eBay. Today, much of Silicon Valley feels like working in the UN: diverse, noisy and creative.

The irony of America drawing on global talent and resources is that it has no need to pay for it from exports, but can easily print more dollars.

In other words, the grand bargain of global trade was the ability of the US to pay for real goods and services with something that can be printed at near zero marginal cost.

Even the Europeans are now creating a separate payment system outside the US dollar-dominated SWIFT system to avoid being punished for “trading with the enemy”.

When contracts of trust are being renegotiated, no one can feel at ease. One can never solve global problems unilaterally or even bilaterally, let alone with calls for more national patriotism.

And as the English writer Samuel Johnson scribbled in 1775, a year before the US declared independence from Britain, “patriotism is the last refuge of a scoundrel”.

Make no mistake, the damage wreaked by this trade war is showing

This side of the Pacific, there is awareness that the tensions will not go away with a change in the November elections. The US establishment has put political interests ahead of economic interests, which means that any settlement will have to go beyond economic considerations.

If trade and political tensions are in for the long haul, can the current US market enthusiasm display sufficient strategic patience? Now we understand why no one should be laughing.

This article first appeared in the South China Morning Post on November 29, 2018. The views expressed in the reports featured are the author's own and do not necessarily reflect Asia Global Institute's editorial policy.