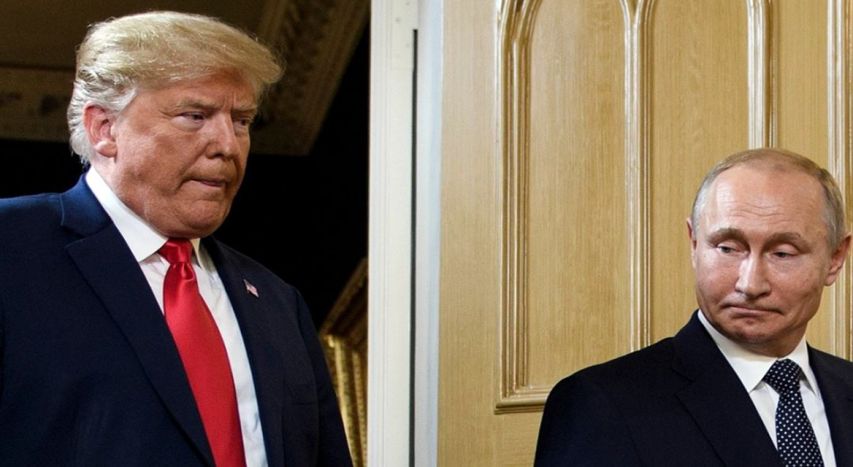 Donald Trump’s European trip signals the end of a unipolar world, and all must now fend for themselves

Andrew Sheng, Distinguished Fellow of Asia Global Institute, says the US president has his reasons for launching a trade war, demanding more spending by Nato partners and labelling the EU a ‘foe’: US debt levels and trade deficits cannot be sustained. The results of his actions, though, will be a once-orderly world off its hinges

Anyone who enjoyed a tremendous Fifa World Cup tournament in Russia and Wimbledon tennis last weekend could not have been disappointed by US President Donald Trump’s stunning journey east to call on Nato, Russian President Vladimir Putin in Helsinki and the Queen of England.

The moment that the leader of the largest Western power called Europe a foe and seemed to prefer Russia to his Nato allies and his own staff has to be a historical turning point in America’s foreign policy as the world’s unipolar leader. Suddenly, the White House appears to view the whole of Eurasia (Europe, Russia, the Middle East and the Asian continent) as foes that treated America “unfairly” under the old order that America itself led.

What is going on? The answer lies in unravelling the common thread between Brexit, Europe’s own fractal points and the launch of the tariffs against US trading partners.At the end of the second world war, when America emerged as the dominant military and economic power, it undertook the Marshall Plan to rebuild Europe, helping at the same time to dismantle colonialism and create the Bretton Woods institutions to promote trade, growth and development.

This generous effort to create a rule-based multilateral order was also in America’s interest. The global supply chain actually comprised two major manufacturing chains centred around Germany and Japan to serve American consumerism, financed through the US dollar. But after the US pivoted to China to counterbalance the Soviet Union in the early 1970s, China emerged under the multilateral trade regime as the world’s largest trading nation.

With the US bogged down by continuous wars to defend its unipolar position, from the Korean peninsula to Vietnam and then Iraq and Afghanistan, US defence expenditure remains the highest in the world, at over 3 per cent of gross domestic product.

The 2007-2009 global financial crisis exposed all the flaws of the post-war multilateral order. When the North Atlantic (US plus Europe) economies slowed dramatically, while the rest of the world powered ahead, the power balance shifted. With 4-6 per cent annual growth in the rest of the world, more than double that of the old powers, it was only a matter of time until the unipolar economic power declined in relative terms.

This power shift was recognised by the creation of G20, moving the centre of decision-making away from the G7. But the European debt crisis created a schism between the southern debtors and northern creditors (notably Germany). Since Europe was deeply divided on whether it should mutualise all euro debt (namely risk-share all losses), Britain realised that it did not want to live under a bureaucratic Brussels, with no controls on immigration, and filed for divorce (Brexit).

The Brexit solution devised last week was a soft Brexit for goods and hard Brexit for services. Britain, like the US economy, is in a trade deficit for manufactured goods, but strong in the services area. So Britain wants to broadly remain in the European common market for goods, but negotiate toughly on services.

But the US has taken the opposite tack, being tough on goods deficits with China and other trading partners. The Washington trade hawks think this way because the US runs large goods deficits with both the European and Asian supply chains. It is no coincidence that the US current account and merchandise trade deficits in 2017 closely mirror the federal fiscal deficit of 3.5 per cent of GDP.

Indeed, the US Congressional Budget Office projects that, at current rates of growth and expenditure, the US public debt would rise from 78 per cent of GDP at the end 2018 to 96 per cent of GDP by 2028. This would be the highest level of debt since 1946. This comes about because of growing mandatory expenditure on health care and welfare as the population ages, higher interest costs, and assumed controls on discretionary expenditure (mainly defence) at current levels.

The International Monetary Fund has already projected that the US net international investment position (net debt to foreigners) will rise from 44.8 per cent of GDP in 2016 to 50.3 per cent of GDP by 2022, the crisis level that indebted countries reached during the Asian financial crisis (well exceeded in the European debt crisis countries). The IMF diplomatically warned that the US position is only sustainable because of “the dominant status of the US dollar as a reserve currency”.

In simple language, the US can no longer afford to maintain fiscal and trade deficits at this rate. It cannot afford the burden of being the unipolar power. This partly explains why Trump asked Nato allies to increase their defence expenditure to 4 per cent of GDP, which would imply that buying US arms would not only cut the US fiscal burden but also its trade deficit.

Who will be increasingly holding the growing US debt?

With the Chinese foreign exchange reserves being flat and oil producers running in deficit, the global trade surplus has shifted to Europe. Thanks to a German penchant for fiscal prudence, the euro-zone current account surplus has reached US$480 billion or 3.5 per cent of GDP in 2017.

The IMF has forecast that this surplus will continue to exist and will be 2.7 per cent of GDP by 2022. At this rate of surpluses, the euro zone net foreign asset position will swing from a net deficit of €150 billion (US$174 billion), or 1.5 per cent of GDP in 2017 towards larger and larger net foreign assets. Germany’s net international investment position alone stood at €1.7 trillion at the end of 2016, or 54 per cent of its GDP.

In other words, going forward, it will Europe, rather than Asia, that will be holding more US debt. No debtor would be wise to call its largest creditor a foe.

If the US is disengaging from global leadership, who will provide the global public goods to maintain global growth and prosperity with stability? The answer is that no single power can do this alone. Clearly, East and South/Southeast Asia remain the fastest growth zone, with growth exceeding 5 per cent per year. But if trade wars disrupt both the European and Asian supply chains, then the world will be plunged into a global recession in which there are no winners.

All this means that Trump has unleashed the unravelling of the old order, in which the West used to lead. Now that even Europe has joined the rest of the world as foes, “America first” truly means everyone for themselves.

What we witnessed last weekend was not a pivot to the East, but a world unhinged.

This article first appeared in the South China Morning Post on July 20, 2018. The views expressed in the reports featured are the author's own and do not necessarily reflect Asia Global Institute's editorial policy.