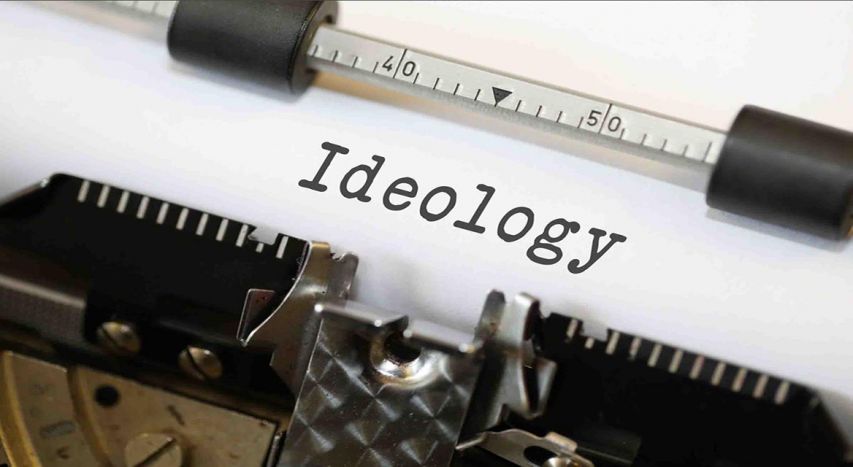 In his article in the Condivergence series, Andrew Sheng, Distinguished Fellow of Asia Global Institute, argue that ideologies are not facts but opinions. He believes that people have to be more cynical and test such ideas on an empirical basis. In other words, all ideologies and theories must be taken with a pinch of salt.

We all think that we are unbiased in our world views. But most people are influenced by an ideology, religion or, simply, family values. Many philosophers claim objectivity, but in reality, they have certain beliefs that influence the way they think. Religion is, of course, faith, which I believe is the right of every individual. Every person should be free to worship whatever faith he believes in, but his faith should treat everyone else with respect.

Ideologies, however, are normally called –isms, such as capitalism, socialism, communism, pragmatism, et cetera. ISMs are what I call Intelligent, Stupid, Muddled — simultaneously. For every –ism, there are not only opposite beliefs, but also similarities. Take these statements: Capitalism is all about man exploiting man. Socialism is exactly the other way round.

The logical deduction from these two statements is that both ideologies are about human exploitation of each other. That is a contradiction, meaning a combination of statements that sound logical but actually mean the opposite, and we are therefore slightly puzzled or confused.

The Chinese word for contradiction, maodun, comes from the famous parable by the Warring States legalist philosopher Han Feizi (280 to 233 BC). There was a warrior who claimed he had a spear (mao) that could penetrate any shield. Another warrior claimed he had a shield (dun) that was impenetrable. So, obviously, one of them was wrong. In fact, there are many Chinese words that carry with them contradictory meanings. The best-known Chinese phrase in the West is crisis (weiji), and is made up of the word “danger” (wei) and opportunity (ji). What it reminds the user of is that every crisis brings with it both danger or risks as well as opportunities.

A dialectic, however, is that the truth is discovered from the interaction and the exploration between opposites. A dialectic recognises no absolutes, where life is a dynamic outcome of interactions between opposing forces. This is very different from the logic of the Greek philosopher Aristotle (384 to 322 BC), who argued that there are three laws of thought — identity, non-contradiction and the excluded middle. Once something has been identified, it cannot simultaneously be something else at the same time (non-contradiction). Excluded middle simply means that in contradictory statements, one must be true and the other false — there cannot be any middle position.

The German philosopher Hegel (1770 to 1831) challenged classical logic by considering that identity is actually a static tautology that will not lead to any logical conclusion. For example, every identity (A) will have its negative part, non-A or negative A. What if there is always an interaction between the identity and its non-identity (between, say, God and the Devil, good and evil, positive and negative)? If you accept this, then contradictions are a fact of life and you cannot exclude the middle that is a muddle or hybrid between two opposites.

The political philosopher Karl Marx (1818 to 1883) borrowed the idea of the dialectic from Hegel, but considered Hegel too idealistic, which was why he invented the term “dialectic materialism” to describe that dialectic contradictions exist in society in material terms. To Marx, the principal contradiction in society is class struggle. He was more practical and non-theoretical in the sense that he regarded objective truth as not a theoretical question, but one that can only be revealed through practice and experience.

The Marxian idea that politics is all about a continuous class struggle disturbed the existing establishment, which was why the 20th century was an ideological clash between fundamental ideas on the future path of society. American economic and military dominance led to the supremacy of the neoliberal free market order, but that only exacerbated the inequality between the haves and have-nots.

Essentially, neo-classical economic theory rejected Marxist ideas, but is now confronted by contradictions or blind spots that it cannot solve, such as climate change, inequality and technology that are both disruptive and creative at the same time.

We have now come to a watershed in terms of scientific thinking about the nature of both physical and social science. The Einstein and Nils Bohr revolution (1905 to 1925) in the theories of relativity and quantum behaviour challenged the neo-classical logic of Aristotle, Descartes and Isaac Newton. The fact that everything is relative and uncertain (light is simultaneously both a particle and a wave) means that no theory is going to be elegant, clean and objective.

If everything is relative, complex and uncertain, theory works when we try to keep it simple.

This is why the simple idea that “all men are equal” is so appealing in the democratic, free market ideology. But the writer and former colonial policeman George Orwell, who hated Russian totalitarianism, claimed in his famous parable on Soviet life, Animal Farm (1945), that “all animals are equal, but some animals are more equal than others”.

The essence of simplicity is to reduce complexity into a single mathematical formula. Albert Einstein’s equation, e = mc2, is simple and elegant. It basically says that energy (e) is the same as mass (m) times the square of the speed of light. The deeper meaning is that energy and physical mass are one — essentially, you can create huge energy (a nuclear bomb) out of a small piece of plutonium or uranium.

But even Einstein recognised that “everything should be made as simple as possible, but not simpler”. As the famous opinion maker Walter Lippmann (1889 to 1974) said, “To every human problem, there is a solution that is simple, neat and wrong.”

Life has many contradictions, and for every belief, something exactly the opposite may be equally valid. It is how you frame the idea that matters.

The essence of contradictions is best conveyed by the story told to me by an Indian banker about a mythical Indian king who heard both sides of the argument, first, from his Minister of the Left, who argued eloquently for his cause. The king nodded and said, “You are right.” Then the Minister of the Right stood up and argued very convincingly the opposite case against the Minister of the Left. At the end of this, the king also agreed with him, “You are right.” At this point, the queen, who was listening, asked, “My Lord, how can both be right?” The king responded, “You are also right.”

Life is an unending combination of factors, unfolding from the interaction of multiple origins. We truly live in a quantum age, where the only certainty is uncertainty. We will always be bombarded by ideologies that convey simple and comforting messages. But we simply need to remember that what we believe is objective truth today may turn out to be wrong tomorrow.

Ideologies are therefore not facts, only opinions. We just have to be more cynical and test such ideas on an empirical basis. In other words, we must take all ideologies and theories with a pinch of salt.

This article appeared in The Edge Malaysia on September 13, 2019. The views expressed in the reports featured are the author’s own and do not necessarily reflect Asia Global Institute’s editorial policy.