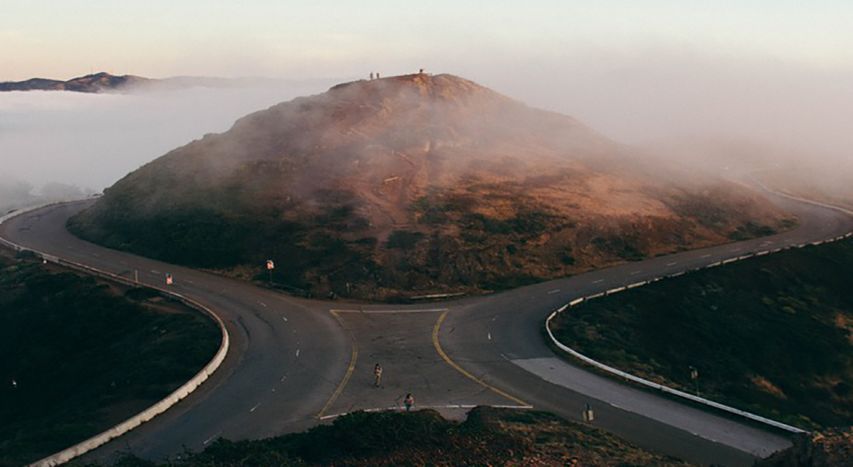 Condivergence: To act or not to act

We have to make decisions every day under uncertainty. I have now come to accept that free market economics is fundamentally flawed because it starts from the premise of perfect information. From that basic assumption, you get a model that comes up with an optimal solution. That free market leads to perfect outcomes is a no-brainer.

But in reality, life is complex because we live with uncertainty. Given so many shocks and too much information, it is not surprising that most people do not like to make decisions — because often they do not know how to make that decision in a situation of very complex change.

Our era is complicated by dramatic and profound changes in climate, technology, demography and geopolitics. In truth, no one has a patent on good predictions of the future. Most people work on past information to project future trends — often a linear projection, but history does not repeat itself exactly. But it helps to have an understanding of the past and an appreciation of the big forces that affect the present. This is where big data and supercomputing help quite a lot. But how your competitors or the public react to every event is still at best probabilistic, not certain.

In short, there are few certainties, only growing uncertainties that force us to make decisions and choices about the future.

But after every decision, we have to act or not act. That in itself is a big decision because the minute they face opposition or higher risk of failure, many people reverse their decisions and move back to indecision. After all, not to make a decision is also a decision. And not to act is another decision.

This is where those who are willing to make decisions and act are often the winners because they take risks and grasp at opportunities. Meanwhile, those who wait see opportunities slip them by.

Unlike Eastern culture, the Western approach to life tends to favour movement — to act. This positivist approach is all about winning by taking the offensive, maintaining the initiative and pushing the boundaries of power. The West gained world hegemony because of its willingness to take risks — conquering America, Africa and most of Asia. Today, it is about the willingness to take risks in innovation and entrepreneurship.

You can see this in the scientific belief in theory. Western thinking, from the time of the Greeks, tends to form a model or ideal picture of reality, and then act according to that model. Western economic-thinking pushes decision-makers to act because it suggests that if you move away from “optimality”, moving towards optimality will gain efficiency. Efficiency in economic thinking is about maximisation and optimal allocation and utilisation of resources. Innovation is all about gaining efficiency using different tools and business models.

But if the model or theory is wrong, your decisions are likely to be wrong.

We see this in the behaviour of investing in uncertain financial markets. The majority of investors who believe in the Efficiency Market hypothesis use models that are “rational” but do not factor in radical uncertainty. Legendary investor George Soros operates by two principles he calls “fallibility and reflexivity”. The first is the understanding that under uncertainty, all humans are fallible. We make mistakes and therefore the market is not infallible — it makes mistakes. The invisible hand is not always correct because it can deviate from the trend (what economists call anomalies).

The Long-term Capital Management Fund (LTCM), founded by Nobel Laureate economists, went bust because it believed that the market would eventually return to normal. Yes, but not before LTCM ran out of money to continue the bet against the market. Indeed, the market can behave like a predatory vulture — when the rest of it smelt blood, they start betting against LTCM, ensuring its failure. That is not the free and equal market envisaged in financial economic theory.

The reflexivity principle comprises two inter-acting forces: the cognitive and the manipulative functions. Cognition means to understand what is happening in the market and what the rest of the market thinks about trends. The manipulative function is what the investor does to act. In Soros’ words, “In the cognitive function, reality is supposed to determine the participants’ views; the direction of causation is from the world to the mind. By contrast, in the manipulative function, the direction of causation is from the mind to the world, that is to say, the intentions of the participants have an effect on the world. When both functions operate at the same time, they can interfere with each other.”

Action therefore changes the world. As innovators understand, innovation without execution is delusion. Ideas are no good if they are not acted upon.

But defensive action is often a countervailing force to offensive attack. In other words, very often, the correct form of defence is not to counter-attack but not to act at all.

Ming Dynasty Chinese philosopher Wang Yangming (1472-1529) had a very important insight: “Knowledge and action are one.” In other words, knowledge is useless without action. This was an important message to Confucian scholars who believed wrongly that all knowledge was found in the classics. Books are dead — action brings ideas to life. An important corollary to this is that in a situation of uncertainty, you have to act in order to reveal new information. Today, this is called “crossing the river by feeling the stones”.

But if your opponent does not respond, then you have uncertainty as to his intentions. Does he have something up his sleeve or is he waiting for you to make a mistake?

French sinologist Francois Jullien was one of the few Western philosophers who argued that the Chinese method of efficacy was very different from the Western tradition (Jullien, Treatise on Efficacy, 2004). European tradition conceives of efficacy as action to attain an abstract or ideal form of the world. Those who act are heroes of action. The Chinese concept of wu wei or “no action” does not seek any ideal but suggests to the individual to wait for the natural course of outcome or to allow the situation to take its natural course — efficacy without action or allowing the trend of events to come into being.

In a sense, this is not unlike Soros’ cognitive function. Given uncertainty, the Chinese look at the big picture and seek the “Tao” or way of how the situation is unfolding. If the competitor is aggressive and full of action, it may be optimal not to confront directly but to “move with the flow” in what judo fans would know as “how to use the opponent’s strength against himself” rather than fight force with force.

Thus, in the words of Jullien, “rather than set up a model to serve as a norm for his actions, a Chinese sage is inclined to concentrate his attention on the course of things in which he finds himself involved in order to detect their coherence and profit from the way that they evolve”.

You can see this in the tit-for-tat strategy and counter-strategy evolving in the unfolding US-China trade war. Trump and his team are always on the offensive, escalating the game. By doing so, they keep the opponent always on the defensive. The Chinese demonstrate more strategic patience, not taking initiatives until the game is clearer but at the same time, not over-reacting. They understand that the Americans lack strategic patience — their voters cannot suffer too many casualties.

In every war since Vietnam, the Americans declared victory but actually suffered huge defeats, both militarily and morally. The Islamic enemies of the US, including Iran and the Taliban, understand this perfectly. This explains why the US spent US$7 trillion on the Middle East and cannot even withdraw without admitting defeat.

The American way of strategy, founded on the basis of huge resources and logistics power, thinks no war is unwinnable. This explains why since the Second World War, America has been engaged in one war or another, finding to its disappointment that it is much more difficult fighting guerrilla warfare in Vietnam and, today, in Iraq, Afghanistan and other areas where huge firepower cannot win in urban or rural areas where the enemy can melt into the human or natural jungle.

What is the best way to describe wu wei or no action? Today, the best way to explain wu wei in action is through the video view of how expert surfers slide under the largest possible wave that threatens to engulf them. However, when the surfer puts himself at the right point of the wave and at exactly the right time, he is pushed along with no effort on his part except to balance himself. That perfect movement is graceful amid danger and risks from the powerful wave but often, the surfer comes out of the wave safely. That is the essence of wu wei.

Everything is about timing — time is of the essence in many strategic decisions. You cannot time it too early or too late. It takes practice, determination and skill to get the timing right. This is the art of wu wei, which you can see in the top tennis, badminton or golf champions. When you hit the sweet spot right, you do not even need to exert much energy.

Does that mean we do not have to do anything in wu wei? No, because it takes effort and diligence just to get to the right spot at the right time. The surfer must know the Tao of waves and also master the Tao of surfing. When the Tao is aligned properly, then wu wei unfolds the best outcome naturally.

In short, there are no easy solutions — no invisible hand that ensures optimal efficacy of outcomes. Man is always struggling against other men and Mother Nature. You have to act and know when not to act.

From the US-China trade war, we witness serious differences in how to play the strategy game. By understanding how each side behaves and thinks, we begin to appreciate how different paradigms lead to different possible outcomes.

This article appeared in The Edge Malaysia on June 27, 2019. The views expressed in the reports featured are the author’s own and do not necessarily reflect Asia Global Institute’s editorial policy.