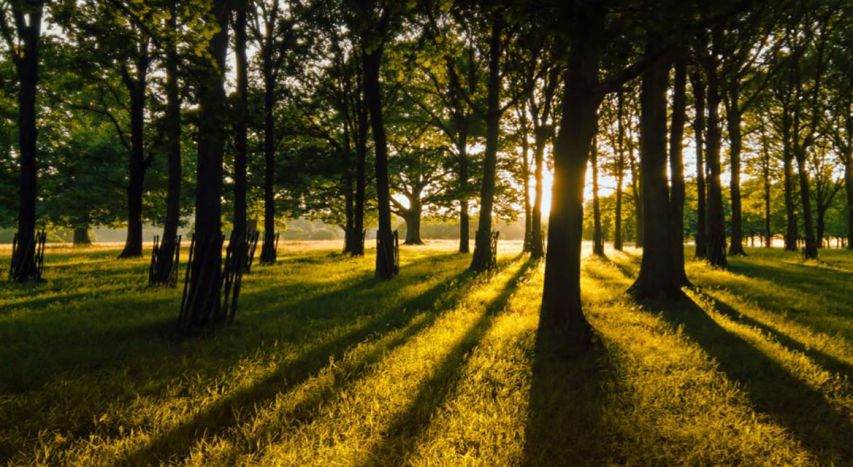 Condivergence: The duality of life

In his Condivergence series in The Edge Malaysia, Andrew Sheng, Distinguished Fellow of Asia Global Institute, says the polarisation in society that we witness today is a reversion to a more fundamentalist outlook of the social, religious and political levels, driven by the widespread social technology. He believes this is the greatest irony of the duality of life. Social media technology, which promised to narrow access to information and result in convergence of society (reduction in social income, wealth and knowledge), has instead created greater divergence of society.

According to the Greek philosopher Aristotle (384-322 BC), one of the most influential philosophers of Western science and logic, “nearly all thinkers agree that being and substance are composed of contraries; at least all name contraries as their first principles — some name odd and even, some hot and cold, some limit and the unlimited, some love and strife. And all the others as well are evidently reducible to unity and plurality (this reduction we must take for granted)”. (Metaphysics, 350 BC, Ross translation, pp 46)

Pythagoras (570-495 BC), the founder of geometry and his school of thought that led to modern mathematics, sought to find truth in numbers and their binary opposites, such as limited versus unlimited; odd versus even; one versus plurality; right versus left; male versus female; and so forth.

Like the Chinese yin and yang, Pythagoreans saw the number one as the origin of all things, odd numbers being male and even numbers, female. The discovery of geometry, that in a triangle, the sum of two sides (squared) equalled the third side squared (a2 + b2 = c2), was important to architectural measurement and design. Pythagoras also had a huge influence on music since he thought it was mathematical in nature.

But there is a fundamental difference between Western and Eastern thinking on the duality of life. The Judaic and Islamic unitary concept of One God sees all things as coming from one source, so there is a clear division between good and evil, namely the binary opposites of morality. Good must conquer evil and, therefore, things are seen in more black and white than in other cultures. In scientific terms, the line between two opposites can be clearly drawn, at least conceptually.

The rest of the world, such as the Chinese, Indians, Egyptians and even Mayans, have pluralist beliefs, either in terms of multiple gods or spirits and, therefore, their concepts of duality are different.

The Chinese yin and yang is a paired opposite that is part of the whole and interacts with each other to create the new. The Taoist classic Dao Dejing states that the Way (Tao) is the source of the One, the One becomes two, two creates three and three creates ten thousand (everything). In other words, black interacts with white to form different shades of grey. The line between two opposite concepts is not only blurred but the division is also probabilistic and, therefore, continuous and inexact. It is the interaction between the opposites that creates the new, which “emerges” or is derived from the original two.

The earliest archaeological findings of written records in Babylon and Egypt are accounting records, and such records show that negative numbers and the concept of zero were already being used. But the first notation of zero did not appear until around 200 AD, in probably Indian writing. The concept of zero or emptiness was notated around 200 BC in Chinese counting records but it was left as an empty space, which could be ambiguous in meaning.

Zero stands between the positive and negative numbers. Therefore, the middle position is critical in the balance between opposites, which Confucius called the Golden Mean. For example, the political philosopher Han Feizi (280-233 BC) had already advocated that the best position of the ruler in managing his ministers was emptiness — a position that does not take either side in any debate so that no one can read the mind of the ruler. In that way, he achieves the most objective and advantageous position in deciding what is the truth and the reality of complex conditions, including whether his ministers have their own agendas.

In this position, the ruler (or any decision-maker) objectively judges the balance in life.

This is where the dual concept of money comes in. Finance, being a derivative (or representation) of a real asset, can be considered in accounting terms as a negative asset or liability. Double-entry bookkeeping says that every asset has a corresponding liability (either debt or equity). Standard economic theory on money argues that the introduction of money improves a barter economy, which is the exchange of physical goods. Physical goods are always assets but money is both an asset and a liability. The currency note in your pocket is actually a liability of the central bank that printed it. Your bank deposit, which you can use to pay debt, is your bank’s liability. Mainstream neoclassical theory still has difficulty in dealing with the simultaneous dual nature of money because economics is still intellectually grounded in the physical economy.

The best example of this anomaly is the most widely used economic model, called the dynamically stochastic general equilibrium model, which forecasts GDP and is used by central banks to determine monetary policy. The model excludes money because finance, being both an asset and liability, is conveniently netted to zero so that the model ignores the “veil of money” and goes straight to modelling the behaviour of the real economy (see former Bank of England governor Mervyn King’s book The Alchemy of Money, 2016).

As quantum economist David Orrell argues, money is best described in quantum terms because of its dual nature (Orrell, 2018). Quantum thinking is dualistic, probabilistic and entangled because light is simultaneously a particle and a wave. This being so, we are never sure where the photon or electron is located exactly until we measure it (Heisenberg Principle of Uncertainty). Hence, everything is probabilistic rather than classical Newtonian physics on which neoclassical economics is based, which suggests that we can measure everything exactly or deterministically.

Furthermore, just like accounting duality where every asset has its corresponding liability, the dualistic nature of quantum behaviour means that quantum particles are “entangled” with their dualistic part. The accounting analogy is that if something happens to an asset, its corresponding liability is automatically affected. Since the economy is a system of contracts (including social assets that are owned by society), the system is entangled in a complex web of asset and liabilities that is difficult to disentangle because there are “externalities” or entanglement relationships that are not well defined quantitatively.

This implies that uncertainty is the norm in any complex economy. We have little idea how much entanglement exists between different pairs of assets-liabilities as these can have derivatives and interaction with other contracts that create new entanglements. Neoclassical assumptions of perfect information or determinist solutions do not exist other than conceptually.

What does all this imply for what is happening right now?

The polarisation in society that we witness today is a reversion to a more fundamentalist outlook of the social, religious and political levels, driven by the widespread social technology. Social media has increased the amount of information we receive daily and most of us are forced to make decisions instantly as to “like” and “dislike”. That information is transferred back to the Big Data firms, which then route advertisements and articles that feed our own biases, so that our views become more pronounced.

Few are willing or have the time to consider carefully very complex issues, weigh all the consequences and decide accordingly. Most defer these complex decisions to leaders, influential people who could be priests, social media stars or anyone that the individual identifies as an “icon”.

Social media has become an echo chamber that reinforces beliefs and prejudices into polarised forms — good versus evil, right versus left, them versus us, democracy versus autocracy, and so forth. There is less and less room for moderation while we increasingly resort to conflict to resolve differences in worldviews.

This has happened in the name of freedom and the idolisation of technology, resulting in almost no rules for social media. Only now are people waking up to the concentration of power and their use and abuses of data privacy by such media platforms. We have allowed pornography, terrorism, gambling, drug abuse and religious fanaticism to be brewed at all levels of society, especially the young who are more likely to believe social media information without careful assessment.

The social divide is the unfortunate consequence of our own neglect of what is the deep meaning of social media. There is growing recognition that we are all being sucked into a swamp that no one likes.

On both sides of the political and social spectrum, there is a drive for “strong leaders” who are chosen, self-selected or elected to “drain the swamp”. Instead, many feel that they are being dragged deeper and deeper into the swamp.

This is the greatest irony of the duality of life. Social media technology, which promised to narrow access to information and result in convergence of society (reduction in social income, wealth and knowledge), has instead created greater divergence of society.

We have reached the Dickens’ Best of Times, Worst of Times point of social divide. We see the greatest poverty amid dazzling wealth; the existence of good within growing evils; the simultaneous divergence of societies and nations, even as we converge in many ways.

In short, the two cultures of science and humanity/art are converging and diverging at the same time. As man learns more and more science, he learns that science shares as many attributes of complexity, uncertainty and duality as art. At the same time, because we start from different conditions, all of us are drifting further and further apart.

That is perhaps the inevitable cycle of history — that stability creates its own instability (as per economist Hyman Minsky) or that man is always trying to create order out of disorder. What we are experiencing is the emergence of a new order out of growing chaos and disorder.

How we shape our own future, including our relations with each other and with Mother Nature, will be the existential question of the 21st century.

This article appeared in The Edge Malaysia on May 31, 2019. The views expressed in the reports featured are the author’s own and do not necessarily reflect Asia Global Institute’s editorial policy.