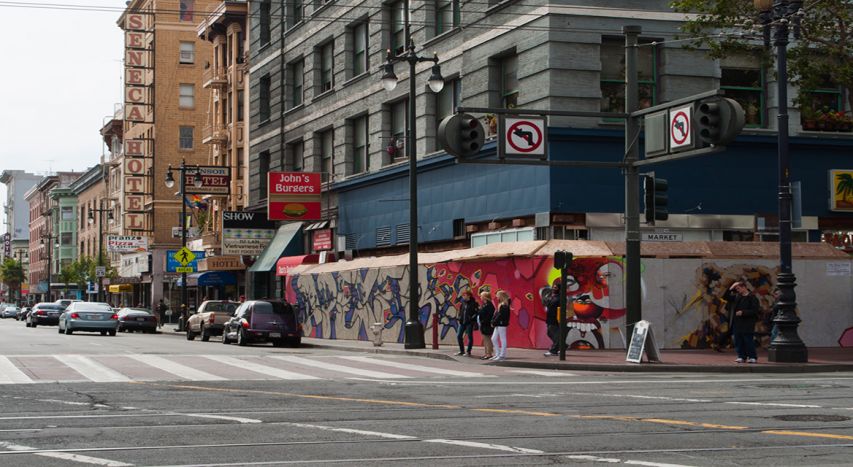 In his Condivergence series in The Edge Malaysia, Andrew Sheng, Distinguished Fellow of Asia Global Institute, explains how the neoliberal free market economies are trapped in a dilemma of their own making, and how Polanyi’s historical and sociological analysis is more superior to the broken market creed.

Most people think the alternative to capitalism or the neoliberal order is communism. Karl Marx (1818-1883) was the German political philosopher whose views were a dialectic analysis of the historic demise of capitalism into a communist system. Communism was adopted after the Russian revolution in 1917, but what evolved was a Stalinist version that survived until 1989 — when President Boris Yeltsin abandoned communism, which collapsed with the economic and political disintegration of the Soviet Union. Communist governments survive today in China, Vietnam and North Korea.

Many social scientists do not agree with the historical determinism of Marx because, instead of capitalism collapsing, it was the Soviet Union that collapsed first in 1989.

In 1944, at almost the same time that the Austrian/American philosopher Hayek and others launched the neoliberal order that became the intellectual model for capitalism for the next 70 years, the Hungarian social philosopher Karl Polanyi wrote his classic book, The Great Transformation.

By reviewing the origins of capitalism in England, Polanyi showed how English intellectuals increasingly identified the emergence of the market economy (efficient exchange of goods and services) as the natural replacement of a traditional society. To him, this was a huge mistake as the economy forms part of human society, just as humans are deeply embedded in mother nature. If everything can be traded in a market, then you are reducing human beings, ethics and values to be traded like robotic commodities that destroy their social cohesion.

In his opening lines, he attacked the concept of the self-regulating market: “The idea of a self-adjusting market implied a stark utopia. Such an institution could not exist for any length of time without annihilating the human and natural substance of society; it would have physically destroyed man and transformed his surroundings into a wilderness.”

Polanyi, the sociologist and historian, understood that the Cartesian scientific revolution that led to the Industrial Revolution was already viewing human beings as robots inside the large “economic or industrial machine” — now called the market economy.

He shrewdly observed that the commoditisation of land, labour and capital for exchange was a fiction and not sustainable. “Labour is only another name for a human activity which goes with life itself, which in its turn is not produced for sale but for entirely different reasons, nor can that activity be detached from the rest of life, be stored or mobilised; land is only another name for nature, which is not produced by man; actual money, finally, is merely a token of purchasing power which, as a rule, is not produced at all, but comes into being through the mechanism of banking or state finance. None of them is produced for sale.”

Human beings banded together to protect themselves against disasters imposed by nature or predatory action by others. But, if efficiency and self-interest became the creed of the market economy, the social protection of unions, family and clans were destroyed in the name of “survival of the most efficiency”, which happens to be the hegemony power — namely, Britain and later the US.

In other words, the inadequacies of the market must be dealt with by the state, which provides the social protection against risks that an individual cannot cope with. To assume that economics can be divorced from politics, sociology, anthropology, religion and culture is, therefore, folly.

The wit, Oscar Wilde, put it very well, a “cynic (or market ideologist) knows the price of everything, but the value of nothing”.

Polanyi also understood why the Gold Standard played such an important role in the market economy, because it was an automatic discipline on the market — the imposition of a “hard budget constraint”. However, what effectively happened was that if gold acts to deflate excess consumption, the capitalist class would act to impose the costs on the workers by reducing wages, which Keynes correctly identified as more deflationary on this system.

Thus, one of the “anchors” of the free market ideology was the monetary system. The US relieved itself of gold’s “hard budget constraint” by coming off it in 1971. With a freely floating system and free flowing capital, in which only the rich and powerful countries like the US could create the dominant reserve currency at zero marginal cost, ensures the protection of the rich.

Polanyi understood well that “the victory of fascism was made practically unavoidable by the liberals’ obstruction of any reform involving planning, regulation, or control”.

“Liberal leaders, never weary of repeating that the tragedy of the 19th century sprang from the incapacity of man to remain faithful to the inspiration of the early liberals; that the generous initiative of our ancestors was frustrated by the passions of nationalism and class war, vested interests and monopolists and, above all, by the blindness of the working people to the ultimate beneficence of unrestricted economic freedom to all human interests, including their own.”

In other words, in their rejection of the state, “robbed of the protective covering of cultural institutions, human beings would perish from the effects of social exposure; they would die as the victims of acute social dislocation through vice, perversion, crime and starvation. Nature would be reduced to its elements, neighbourhoods and landscapes defiled, rivers polluted, military safety jeopardised, the power to produce food and raw materials destroyed...”

Put simply, Polanyi foresaw that the market economy cannot deal with the problems of social inequality and climate change. The populist left and right are deeply divided essentially on the correct role of the state relative to the market. The extreme right blames it on foreigners, migrants and the rise of the East. The extreme left now wants to tax the rich, give maximum protection to the weak and more freedoms for all, without understanding how to pay for it all.

In the meantime, the only bulwark against financial crises seems to be the willingness of central banks to print more money. Given the technological capacity to exploit more natural resources, grow more food and increase production in a world of excess labour supply, there seems to be little inflationary pressure, other than in small countries. Furthermore, instead of wanting to tax the wealthy in order to narrow the inequalities, most countries are arguing for lower tax rates to appease the rich and powerful, on the basis that money is free to flee to offshore financial centres and tax havens.

Just as in the 1930s, the neoliberal free market economies are trapped in a dilemma of their own making, with the

right-wing hawks pushing for war or conflict as the solution to their predicaments. Polanyi may not have solutions for the Great Transformation that is still unfolding, but his historical and sociological analysis is definitely superior to the broken free market creed.

A realistic systemic story is always superior to a partial analysis where free market believers, like religious bigots, promise heaven and deliver hell.

This article appeared in The Edge Malaysia on March 9, 2019. The views expressed in the reports featured are the author’s own and do not necessarily reflect Asia Global Institute’s editorial policy.