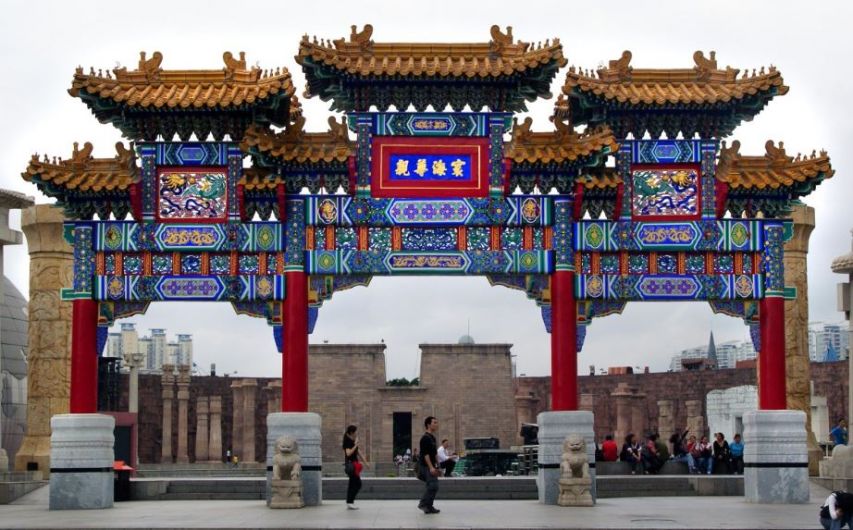 Andrew Sheng, Distinguished Fellow of Asia Global Institute, analyses why China’s economic and political system is different from the Western one through the divergence of the Chinese and Western ways of thinking, values and ideals in his Condivergence series in The Edge Malaysia.

Does China’s economic and political system offer a serious alternative to the current Western neoliberal democratic and market capitalism system?

No one is suggesting that the Chinese system is superior to the current Western order, just that it is very different. The difference lies in the fact, often ignored by outsiders, that China is the largest and oldest surviving bureaucratic state in the world, accounting for one fifth of the world’s populace. The current Chinese bureaucracy traces its basic architecture of 36 provinces and roughly 1,000 prefectures back to 221BC, namely nearly 2,200 years in longevity.

That being said, the assumption that China can be converted, in the span of 40 years, to a Western-style democratic neoliberal order is therefore unrealistic. China may be developing quickly, but it has nurtured a legacy of culture, institutions and beliefs that are deeply embedded in the system. Since the unification of the state and language in 221 BC, governed mostly by civil servants drawn through meritocratic examinations, the Chinese has survived multiple shocks and catastrophes by adapting and absorbing new challenges into an internalised worldview, now called “socialism with Chinese characteristics”. Buddhism and Communism are alive and well in China today, even though the originating countries, India and Russia respectively, have ceased their practice.

The Ming Dynasty novel, Romance of the Three Kingdom, sums up China’s historical experience in its opening line: “All under heaven, long divided, must unite; long united, must divide.” In other words, only when the bureaucracy or elite leadership became closed, complacent and resistant to fresh blood and ideas, did the state corrode, collapse or be invaded.

As Henry Kissinger shrewdly pointed out, China may have had insecure borders but the fact that it was too large to be absorbed as a whole, added to its survivability as a nation — in fact it absorbed the invasions of the Mongols (Yuan Dynasty), and Manchus (Qing Dynasty) as well as resisted the incursions by the West during the 19th century and the Japanese invasion during the Second World War. After each invasion, though, there was a period of introspection, adaptation and renewal.

The Chinese way of thought is historically old — shaped by its geography, culture and social history. Most foreigners think that Chinese thinking is inherently Confucian, because Confucius (551-479 BC) and his school were very important compilers of the classics during the Spring and Autumn Period (771-453 BC), when there was a flowering of Chinese philosophy, typically called the Hundred Schools of Thought.

One of the earliest and most influential Chinese texts is the I Ching or Book of Change, attributed to the Zhou Dynasty (1046-771 BC), which had three views of change: constant change; change towards simplification; and no change. The I Ching has a 64 hexagram depiction of alternative ways of oracling change — not a prediction, but ways to contemplate change. It was the inspiration for French mathematician Leibnitz (1646-1716 AD) prior to inventing binary mathematics, the foundation for digital computing. From the I Ching were also drawn the ideas of Yin Yang, Daoism, Legalism, Confucianism, medicine and unity with nature that underpin modern Chinese thought.

This method of thought is therefore shaped by the different historical art, literature, music and classical texts, such as Sun Tzu’s Art of War, and Dao Dejing (The Tao Classic), and fiction novels like Romance of  the Three Kingdoms and Dream of the Red Chamber. One underlying theme is that life is subject to chance, human relations, strategies and therefore psychology and rhetoric (the art of persuasion). Then, life is about swallowing the bitter pill, educating the next generation and working for better times.

Chinese thinking is also fundamentally different because the Chinese language is ideogrammatic, meaning that words are formed from the combinations of characters that evolved from ancient pictures of animals, water, wood, sun, moon, field and so on.

There are only 50,000 Chinese characters, whereas there are over two million English words formed from 26 alphabets.

In comparison, the English language can describe concepts with far greater precision than Mandarin, because the former can add prefixes and suffixes, and evolve new words through different alphabetic combinations. Chinese words can only be understood within each context, since the monosyllabic sounds (with four different tones) can include many different words with different meanings. Hence, a Chinese listener must clarify what he has heard by asking the speaker for the context in which he uses a particular tone. Chinese language users are therefore trained in fuzzy logic — the ability to guess the right meaning of words used in what context. For Chinese-speakers, uncertainty is the norm.

The simplest analogy, however, to differentiate between Chinese and Western thinking is through the game of chess. The Chinese game of Go (weiqi), which probably dates back to 2,500 years ago, is a 19x19 grid that allows for two players to put specially-made pieces anywhere on the board, with the simple objective of surrounding the opponent. It has far more permutations and combinations of moves than Western Chess, which is linear in the sense that the moves are set according to fixed rules for each piece.

Western chess works on an Aristotelian deductive logic that drove scientific thinking. But few people realise that Western science was driven by commercialism. Competition between the maritime powers of Portugal, Spain, England and Holland created the drive for colonisation and trade to gain strategic power. The first companies were Western innovations in social organisation, evolving from Venetian traders into privately owned (but state-chartered) companies like the Dutch and British East India Companies established to exploit trade in the Far East and, later, colonisation.

In contrast, the Chinese commercial system adopted a state-led system because as early as 81 BC, the Han Dynasty created the first state-owned monopolies over salt and iron in order to raise funds to fight against the invading Huns. This meant that state-owned enterprises have remained a significant tool in Chinese statecraft, hurting private sector development.

Furthermore, because the bureaucracy worked as a unitary whole with a meritocratic elite bonded by Confucian ethics, it regenerates itself as a centralised organisation, sometimes thriving under strong leadership but, at other times, failing because of corruption or inability to deal with waste, natural disasters or foreign invasion.

China has not made the move towards electoral democracy because its political system did not experience the Magna Carta of 1215 AD, whereby the barons forced the English king to cede power to the common law. In contrast, the Chinese Legalists in  4th century BC arose from the merchant classes who preferred to vest absolute power in the emperor in exchange for legal protection against predatory action by the feudal lords. To this day, Chinese law is mostly administrative in nature, working through ritual rules and Confucian principles, rather than going through a magistrate or based on accumulated legal principles.

This practical and flexible approach to governance had its benefits in terms of being cheaper to operate (until the 20th century, Chinese taxation was never more than 10% of  GDP). But in practice, the Mandarins were subject to corruption, capture and technical incompetence, because learning the classics did not prepare them for new technological challenges. Ming Dynasty (1368-1644 AD) philosopher Wang Yangming came up with an important insight that shaped the Chinese and, later, Japanese thinking. His dictum, “knowledge and action are one”, helped Japanese samurai to think about action that propels change (the Bushido spirit).

For the Chinese, the deeper meaning was that in a period of uncertainty, only action can reveal new information — do not rely only on theoretical knowledge. Today, this principle is practiced through “crossing the river by feeling the stones”, meaning the willingness to experiment, pilot and push ahead any policy measures that work. If there is one “Chinese characteristic”, it is this pragmatism and reliance on tried-and-true experience, rather than a theoretical belief, which is both a Western strength and weakness. The Chinese word Tao means a way, process or principle — a journey of life to be undertaken.

The influential American columnist Walter Lippmann made the observation: “To every human problem, there is a solution that is simple, neat and wrong”. The Chinese do not think in theory terms when realising that the solution lies in the process. As events may unfold in an uncertain manner, so to create order out of disorder, one must act or experiment through trial and error in order to find the right path forward.

On the other hand, after over 40 years of opening up to foreign markets and sending students overseas and learning Western economics, law and technology, Chinese thinking has adapted to accommodate theory. But what has changed fundamentally is that as China emerges to become the second largest economy in the world, there is more hostile external environment to the Chinese expansion. The West assumes that China’s rise is like the rise of Japan and Germany in the 20th century, which ended in world wars.

Samuel Huntington called this a “clash of civilisations”, but it is a more of a clash of values and ideals.

Getting everyone to think on the same page is the challenge of the century. This is because even the Western ideal of a neoliberal free market order is no longer tenable in the Age of Uncertainty. We shall analyse this in the next article.

This article appeared in The Edge Malaysia on February 21, 2019. The views expressed in the reports featured are the author’s own and do not necessarily reflect Asia Global Institute’s editorial policy.