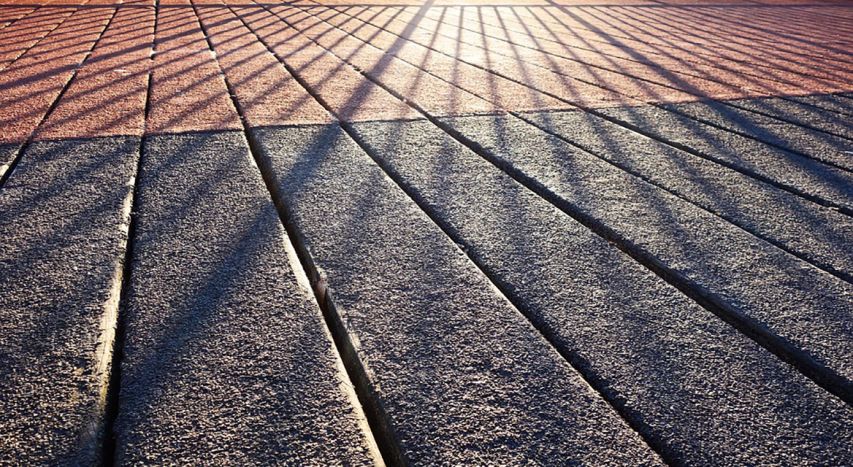 In his Condivergence series in the Edge Malaysia, Andrew Sheng, Distinguished Fellow of Asia Global Institute, explores if the idea that man is born equal is a myth. He believes the rise of the technology age has made information and knowledge the creation of both jobs, income and wealth, so those who do not have the right education and skills will be left further and further behind.

The concept of balance is deep within both Eastern or Western culture. Balance is all about harmony with nature and that the system as a whole is in equilibrium.

The Greek and Christian-­Judaic tradition of Western culture is founded on a perfect image of God and logical analysis, which leads in linear one-direction to an ideal — the centre of everything. Before the invention of the telescope, it was assumed that the earth was the centre of the universe.

But the willingness to challenge belief or hypothesis with empirical observation led to the scientific revolution, because Western thinking sought to find the causal effect in every problem. If you find the silver bullet or the unique key, you open up the door to truth. This also explains why physicists today are still searching, like the late physicist Stephen Hawkings (1942-2018), for a Theory of Everything, in which one could, like Albert Einstein, have a unified theory that explains light, energy, gravity and time. There is a unity in the One God.

Eastern traditions, such as Indian, Chinese and many non-Western ones, often have many gods and many explanations. This explains why there is always divergence and convergence in perspectives.

We are at a stage of world evolution whereby, after a phase of convergence, as the non-Western world begins to catch up with the West in terms of income, wealth and technology, divergence in beliefs is being manifested in polarisation in the political, religious and technological fields.

Eastern thinking, of which there are many branches, tends to be more dualistic, noting that in life and nature things go in pairs of opposites, good and bad, light and dark, male and female, weak and strong and so on.  For example, the Chinese

I Ching, dating back to 10th century BC, gave rise to different schools of thought, such as Yin and Yang, Daoist and the School of Names. The Yin Yang school tries to explain everything from the interaction of opposites, such as between active and passive, positive versus negative and so on. seeking to find the right balance in life. Daoist philosophy explains everything in terms of the mysterious Dao or Way/Process. In the famous Dao De Jing or Classic of Dao, attributed to Laozi (about 571-471 BC), “The Dao that can be spoken cannot be the eternal Dao … the Dao gives birth to One, One into Two, Two into Three and Three forms everything.”

The School of Names divides everything into Names (or Forms) or Reality (or Substance). We can name something by describing it in words, but that is only an imagination of reality of what “is” or happens. Form does not always conform to reality. For example, a minister of works may be responsible in name for public works, but in reality he may have no power at all. Hence, the School of Names advocates that we “seek truth from facts”, distinguishing between theory and practice.

All these different schools found similar lines of thinking in different parts of the world in what German philosopher Karl Jaspers (1883-1969) called the Axial period in the world history. Between 800BC and 200BC, Jaspers identified a coincidence that there grew throughout the ancient world of Greece, Rome, Egypt, Mesopotamia, India and China, schools of thought that explored the fundamental questions of who we are, what is nature and the cosmology, god and religion and how humans should behave in relation to each other and with mother nature. All these schools essentially asked the same or similar questions, encompassing dualistic or dialectical methodology.

Out of these common roots was the concept of balance or symmetry as society’s main function. In politics, everything hinges on the balance of power as two opposing functions often fight each other to a standstill (dynamic equilibrium). Our observation of nature seems to suggest that there is a natural balance in which every tree, insect or animal lives with a balance with each other. There are cycles of stability or balance and phases of chaos when everything is out of equilibrium.

This intuitively attractive idea of balance that occurs in nature was expressed in the statistical concept of the bell curve. Everything fits into a fully symmetrical bell-shaped curve, sometimes called a normal distribution. If you flip a coin, chances are that there would be 50% heads and 50% tails. The distribution fits like a bell curve. But scientists like Benoit Mandelbrot pointed out that in nature, a power law curve (a skewed distribution with a long tail) in which extreme events with low probability can occur with very high impact can occur more often than bell curve distributions. Such long-tailed distributions are observed more frequently in areas such as wealth distribution, financial market behaviour, networks and so on. This was famously called the Black Swan effect by risk manager Nassim Taleb.

In financial market surveillance, the International Monetary Fund stresses looking out for imbalances. Extreme imbalances are market or systemic anomalies that should be corrected before such imbalances correct towards the mean through crises or shocks. For example, the IMF has looked at past crises and concluded that predictors of crises are excessive deficits in the trade or fiscal account, and more recently, extreme leverages, such as very high credit to gross domestic product ratios. The 1992 Maastricht Treaty that founded the European Union had limits on the level of fiscal and trade deficits at 3% of GDP and maximum member country debt of 60% of GDP. One cause of the 2009 European debt crisis was the fact that the crisis members violated all the Maastricht limits.

At the global level, the greatest imbalance today is that the US has the world’s largest debt, accounting for just under 30% of global debt of US$60 trillion. With the US running growing trade and fiscal deficits, the US Congressional Budget Office has forecast that on current trends, the US fiscal deficit will rise to 148% of GDP by 2048. So far, the world is willing to finance such debt by holding US dollars. Whether the rest of the world will still be willing to finance such huge deficits in the future remains to be seen, as other currencies, such as the euro, yen, pound sterling and today, the yuan, offer alternative stores of value.

After 70 years of stability after World War II, we have arrived at a world that is growing in imbalance. The rich have never been richer — last year, 26 people owned as much as the 3.8 billion people who make up the poorest half of humanity, according to Oxfam data. Furthermore, after the 2008 financial crisis, the concentration of ownership of public-listed companies has increased further, with less than 2% of top holders cumulatively holding 80% of the global economic value of the companies surveyed in a recent study.

Stanford historian Walter Scheidel has surveyed the history of inequality and concluded that wealth, income and status inequalities are always present. Inequality persists more than equality because the rich and powerful maintain the status quo until war, revolution, state failure or pandemics (natural disasters) create another round of social equality.

This suggests that the idea that man is born equal is a myth. The rise of the technology age has made information and knowledge the creation of both jobs, income and wealth, so those who do not have the right education and skills will be left further and further behind.

How we educate our youth to equip them for climate change, technological disruption and social inequalities and barriers will be an existential challenge in the days to come. And we do not have time as the clock of change is ticking.

This article appeared in The Edge Malaysia on April 6, 2019. The views expressed in the reports featured are the author’s own and do not necessarily reflect Asia Global Institute’s editorial policy.