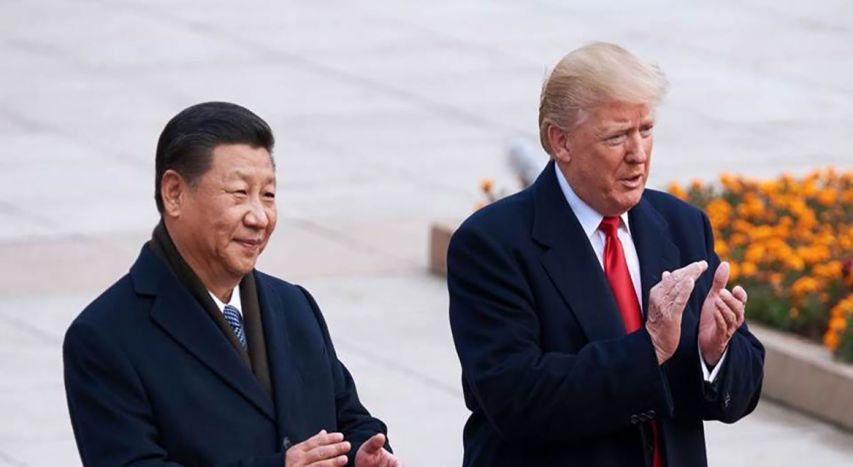 Can Trump Make a Deal with China?

Asia Global Institute's Distinguished Fellow Andrew Sheng and Professor Xiao Geng think Trump can make a deal with China only if his administration abandons its zero-sum approach to trade and multilateral cooperation.

HONG KONG – Trade negotiations between the United States and China are closing in on the March 1 deadline, after which the bilateral tariff war will resume – beginning with an increase from 10% to 25% on $200 billion worth of Chinese products. While global financial markets are fluctuating wildly, investors seem to assume that too much is at stake for the US and China to fail to reach a deal. Their optimism could prove short-lived.

To be sure, there has been considerable progress on several key issues, such as technology transfer, protection of intellectual-property rights, non-tariff barriers, and implementation mechanisms. But to defuse tensions between the US and China in any sustainable way will require a more comprehensive approach, based on a fundamental shift in mindset.

Over the last 40 years, Sino-US engagement has been largely cooperative, reflecting a holistic approach that takes into account the interests of the entire global system. US President Donald Trump’s administration, however, does not seem to believe that engagement with China (or anyone else for that matter) can benefit both sides. As Trump’s “America First” agenda shows, the US is now playing a zero-sum game – and it is playing to win.

For example, the US has threatened to punish or desert its closest allies unless they increase their defense spending. Under pressure from the Trump administration, South Korea just agreed to increase its contributions to US forces in Korea by 8.2%, to $923 million, in 2019.

Similarly, Trump has repeatedly disparaged fellow NATO members for insufficient defense spending. Most recently, Trump has criticized Germany for spending only 1% of GDP for defense, compared to America’s 4.3%. German Chancellor Angela Merkel responded by condemning US isolationism at the Munich Security Conference, and calling for the revival of multilateral cooperation.

The Trump administration’s myopic approach is also apparent in its preoccupation with bilateral trade imbalances. Any US deficit with another economy is, from Trump’s perspective, a loss. Given this, if China agrees to cut its bilateral trade deficit with the US, other economies with bilateral surpluses vis-à-vis the US – including close allies, such as the European Union and Japan – may find themselves facing intensifying pressure to do the same.

The weakening of trade that could result in this scenario would compound existing negative pressure on global growth, hurting everyone. A global economic downturn is the last thing the world needs at a time when it is already beset with risks, including a possible no-deal Brexit and populist gains in the European Parliament election in May.

Of course, while Trump does not spare his allies, his primary target remains China. After all, the competition between the US and China extends far beyond trade. Although the US maintains military, technological, financial, and soft-power superiority, China has been steadily catching up, leading to bipartisan support in the US for a more confrontational approach.

Last October, US Vice President Mike Pence bluntly accused China of technology theft, predatory economic expansion, and military aggression. Pence’s stance echoed the fears of the US national security community. As former US Defense Secretary Ashton Carter put it, “Because it is a Communist dictatorship, China is able to bring to bear on US companies and our trading partners a combination of political, military, and economic tools that a government such as ours cannot match. This puts us at an inherent disadvantage.”

And yet America’s tools are hardly useless. The US authorities have mobilized a broad range of domestic and international resources – from law and diplomacy to national security measures – to stop the overseas expansion of the Chinese telecommunications giant Huawei. If Western countries allow Huawei to build their 5G infrastructure, America’s hawks and their allies argue, they will be vulnerable to cyberattacks from China in some future war.

All of this has shaken business and market confidence to the core, wiping out trillions of dollars in market capitalization. And the Trump administration’s apparent insistence that countries choose sides in its dispute with China is further heightening fears. As the rest of the world’s trading countries understand, Trump’s approach will fragment business and reverse the globalization-enabled economies of scale that have fueled growth for decades.1

More broadly, the Trump administration’s rejection of multilateralism undermines the global cooperation needed to confront a range of issues, including migration, poverty and inequality, climate change, and the challenges raised by new technologies. Trump’s focus on geopolitical rivalry – and the associated rise in security and defense spending – will dramatically reduce resources available for global public goods, such as infrastructure investment and poverty-reduction programs.

Ending the Sino-US trade war will require considerable statesmanship on the part of Trump and Chinese President Xi Jinping. But, beyond that, both sides need to recognize that supporting global peace and prosperity requires less ideology and more respect for diversity of political, social, and cultural systems. Failing that, the fault lines will continue to deepen – much as they did in the 1930s – potentially setting the stage for full-blown war.

This article first appeared in Project Syndicate on February 22, 2018. The views expressed in the reports featured are the author’s own and do not necessarily reflect Asia Global Institute’s editorial policy.