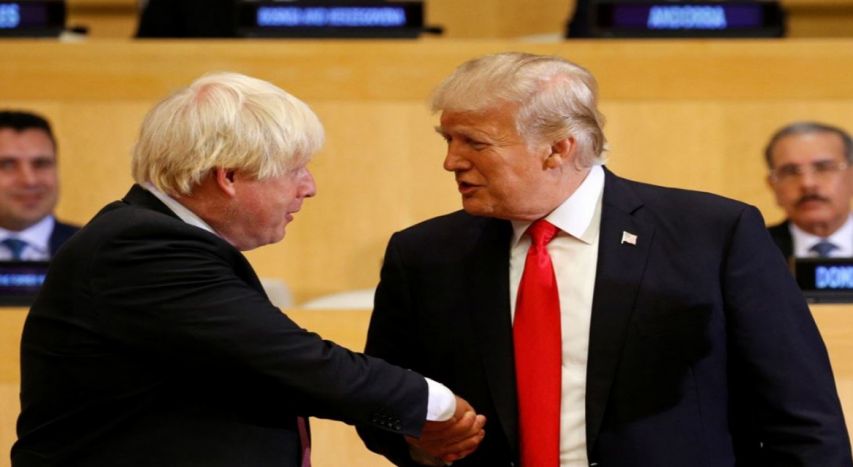 Brexit, Donald Trump and the trade war with China – excessive rules and regulations are how things fall apart

Andrew Sheng, Distinguished Fellow of Asia Global Institute, says the phenomenon of excessive bureaucratisation, or ‘tight coupling’, has led to failures, a loss of freedom and greater resentment.

This year, 2018, is the 100th anniversary of the end of the first world war. In 1919, W.B.Yeats wrote his famous poem, The Second Coming, which features the lines: “Things fall apart; the centre cannot hold; Mere anarchy is loosed upon the world”.

These words echo the present state of shambolic chaos, as the US-China trade war seems to be escalating towards confrontation on multiple levels. The high tide of financial markets is now in retreat and murder in a diplomatic consulate in Istanbul unfolds at internet speed. Everywhere, the centre in politics cannot hold and polarisation increases by the day.

Yeats was shell-shocked by the Great War, whereas we seem poised at the exit of an era of prosperity marked by social inequality. The US Federal Reserve has unveiled that household debt has increased to US$13.29 trillion as of mid-2018.

At the same time, wealth disparity has widened, with data showing the top 0.1 per cent of households in the United States own as much as the share of national wealth of the bottom 90 per cent. This trend was global, fuelling the populist uprising. In the words of former UK chancellor George Osborne, “The elites have failed you, the establishment has failed you, we need to completely tear up all the country’s political and economic arrangements and start again.”

The consensus that formed the moderate middle in the past three decades has been polarised into a right wing that wants more protectionism and a left wing that argues for more welfare spending to improve inclusivity. The populist desire for change has brought new “strongmen” leaders who disturb the status quo.

It is this falling apart of the middle ground that is creating fragmented governments. The ongoing elections in Germany reflect this trend, with the two ruling parties seeing losses of votes to the Green Party and the extreme-right Alternative for Germany.

Stanford philosopher Francis Fukuyama calls this the rise of “identity politics”, as tribalism emerges to reject the idea that globalisation is good for all. There is a clear loss of trust in the establishment and experts, with a survey conducted in February by the Pew Research Centre finding that only 25 per cent of US adults trusted elected officials, whereas the figures for the news media were 40 per cent; business leaders, 45 per cent; and, the military, 80 per cent.

This loss of trust came from the fact that the authorities have been politically captured. When banks lost billions during the last financial crisis, multinational companies cut staff costs, shifted jobs overseas and kept stock prices high by engaging in share buy-backs. It was not surprising that the American public turned against globalisation and blamed China and immigrants for their problems.

In two of the biggest disasters in recorded history, the US subprime crisis of 2007 and the 2011 Japanese Fukushima nuclear meltdown, official inquiries concluded that both crises could have been avoided, but that both the industry and their regulators failed at their jobs. Why?

In 1983, Harvard sociology professor Charles Perrow studied complex organisations and why many of them fail, especially when dealing with crises. Perrow concluded that large organisations or bureaucracies fail because they become too complex and interconnected, yet fragmented in silos where no one has a picture of what is going on and no one is accountable, with a common factor that he refers to as “tight coupling”.

Organisations become more complex because they have to continually adapt. New rules, staff and procedures are added, making structures, processes and jobs more complex. Staff are taught to follow the rule book, and since human error is often blamed, no one is willing to admit that the system is at fault.

“Tight coupling” means that the solution to every problem is to write more rules or automate the process until no one has room to move. Over time, bureaucracies are writing rules for everything, as if rules can solve all problems. The result is that ordinary people feel the “experts” have lost touch with humanity and common sense. The institutions became rigid, fragile and prone to crashes and crises.

Why trouble in Europe bodes ill for world markets

Brexit occurred because the British people voted to get out of the “tight coupling” of the European Commission bureaucracy. The promotion of an idealised “rule-based Europe” meant that there was less and less freedom at the national level. The British were uncomfortable with no control over immigration, but wanted the benefits of free trade. By not joining the euro zone, Britain avoided the deflation pains of the debt crisis countries, Portugal, Italy, Ireland, Greece and Spain. The European Union has to take a hard line, because a soft Brexit could encourage more defections and the break-up of Europe.

From this perspective, it makes sense that Donald Trump is rolling back the complex Dodd-Frank legislation, lowering taxes and disengagement from trade and other agreements. America is going back to “loose coupling” to allow itself new degrees of freedom to negotiate better deals at a bilateral, rather than multilateral, level. In this barrage of disorder offensives, those who try to maintain order will be on the defensive.

Things fall apart because of the uncoupling of the old order. The new order brings new opportunities, but also very grave dangers. The falling global markets this week reflect that nervousness.

This article first appeared in the South China Morning Post on October 26, 2018. The views expressed in the reports featured are the author's own and do not necessarily reflect Asia Global Institute's editorial policy.