As Dams Rise Along the Mekong, can Leaders Balance Nature and Development?

Sarah Hauck talks about the importance of studying and maintaining the integrity of the world's freshwater habitats.

For the government of Laos, the newest dam is part of a larger plan to develop and export hydroelectricity, which could, in turn, mean a boost for the Southeast Asian country's struggling economy. But critics say development of the dam is short-sighted and could lead to dangerous consequences for the river, which snakes through China, Myanmar, Laos, Thailand and Cambodia before reaching the sea in Vietnam. The dam, critics say, could further disrupt fish migration and the flow of water and nutrient-rich sediment to the fields and inland fisheries that nearly 60 million people depend on for their protein and livelihoods.

Balancing energy production with conservation is an age-old dilemma. Now, a new tool could help enable simpler - and smarter - decisions in places like the Mekong watershed where complex water flows are concerned.

The Freshwater Health Index - a new web-based tool created by Conservation International (CI) and partners - aims to help governments, communities and businesses better analyze the benefits and risks of dams and other development projects before making big water-related decisions.

The trouble with sharing water

Population and economic growth are placing increasing demands on global freshwater supplies. As a result, water security is one of the biggest challenges facing our planet: Already, 80 percent of the global population and nearly two-thirds of freshwater habitats are threatened with insufficient water quantity or quality, and the potential impacts of a changing climate - including stronger storms, increased flooding and longer droughts - further complicate matters.

And here's another problem: Decision-makers don't always have the data they need to compare the benefits and tradeoffs that development projects will have to both nature and people. For example, the damming of a river for hydropower may impact fish migration in unforeseen ways, threatening food security and biodiversity. Similarly, using water to irrigate crops could reduce the amount of drinking water available for communities.

The Freshwater Health Index aims to make clear the connections between healthy watersheds and the benefits they provide to people. By measuring ecosystem health, it can help decision-makers better manage their freshwater ecosystems sustainably and equitably. For example: constructing dams that do not jeopardize fish biodiversity but still provide needed hydroelectric power.

"This isn't about being pro-dam or anti-dam. It's a much bigger issue," said Tracy Farrell, global freshwater advisor at Conservation International. "We need a way to look at the potential positive and negative impacts of any given project - factoring in the multiple benefits that watersheds provide to people - so that the pros and cons can be properly evaluated before projects are given the go-ahead."

A closer look at the tradeoffs

The Freshwater Health Index is a joint effort by CI and global experts from the fields of hydrology, ecology, agroecology, land-cover change, climate change, economics and water governance and policy. With on-the-ground collaboration from regional and national partners, the tool is already being tested in two basins - the Dongjiang River in China's Pearl River basin and in the Lower Mekong in Laos, Thailand, Cambodia and Vietnam - and will expand to other regions in 2017.

To get a baseline assessment of a basin's freshwater health, Index scientists work together with technical experts from the region to compile data and calculate 11 major indicators that cover both ecological and social dimensions, such as water supply and governance. Using local or global data, each of the indicators is measured on a scale of 0-100 and then mapped out to help illustrate relative health within the basin.

"The tool also allows decision-makers to weight their preferences among indicators," said Derek Vollmer, director of the Freshwater Health Index at CI and one of the lead scientists developing the tool. "For example, within a particular basin, people may agree that drinking water is the number one priority, and less emphasis may be placed on fisheries if it's not a significant source of protein or a major economic sector."

Once the baseline assessment is complete, decision-makers have the chance to discuss priorities as well as potential areas of concerns. Using the tool, models can show how changes in land use, development of new dams and other infrastructure, and climate change may impact freshwater resources in the basin in the future. For instance, decision-makers can see how fertilizer application would impact water quality or - in the case of dam development - how adding fish ladders could improve habitat connectivity.

"We're seeing a lot of interest from the test regions," said Vollmer. "In many cases, the data exist, but data from different sectors seldom are combined. And there's been little to no discussion between agencies - or countries - about how the water resources are being used, how the basin is being impacted or how the health of freshwater ecosystems directly impacts local and future water security for communities."

The goal of the Freshwater Health Index is to help inform policies and management practices that best maintain healthy watersheds into the future. Ultimately, it could enable water managers, water users, communities and politicians to come together and assess the tradeoffs they are facing when taking one action versus another - as well as the opportunities to invest in nature to sustain the services they depend on.

This post was originally published on Conservation International's blog, Human Nature" and can be found here. 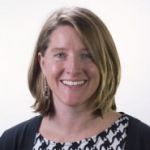