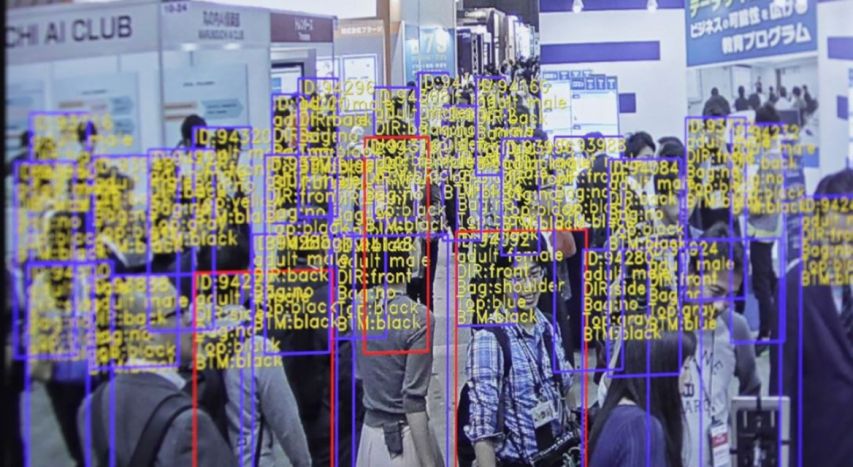 As AI makes inroads, people, companies and nations must digitise or watch their prospects die

Andrew Sheng, Distinguished Fellow of Asia Global Institute, says Industry 4.0 calls for an ecosystem of universities, employers and students collaborating to meet the challenge of a digitised economy.

When Amazon bought the online pharmacy Pillpack last week for around US$1 billion, the stock market valuation of several large pharmacy retail chains fell by US$14 billion. That is the power of clicks (online e-commerce companies) over bricks (and mortar) high street retailers.

The once powerful GE being taken off the Dow Jones market index is an indication of how old-style manufacturing and distribution companies are being marked down on a daily basis, whereas tech companies are valued in stratospheric terms.

The old economy is facing massive creative destruction in the shift to the new economy led by the Internet of Things  (everyday objects with online capability and communicating with each other), which involves digitisation and then retailing.

Every line of business, including the business of government and social services, is being disrupted. Every individual, company or nation faces marginalisation without a good digital transformation story.

The conventional wisdom is that digitisation is good for the consumer, but bad for jobs. When I am told that artificial intelligence can already tell from a picture of a human iris whether the person is male or female, and human ophthalmologists can’t, I know almost all jobs are now under threat. Job insecurity across all fields explains the populist votes for change and sentiments against immigrants, foreigners and globalisation.

Governments are having a hard time coming up with the right policies to confront this massive job change, even within governments, where digitisation can cut hugely bloated bureaucracies.

In practice, all jobs need to be reviewed in the new digital world. And the biggest change wouldn’t involve things or people, but mindsets.

Coping with the digital revolution is really about how you should transform your business and organising production of both goods and services. Jack Ma of Alibaba and Jeff Bezos of Amazon are thriving because they understand this change and are making it happen.

Industry 3.0 – the current business model – is essentially linear and stability-oriented. When Henry Ford invented the assembly line for making cars, he basically made workers assemble products in linear succession, which was more efficient than craftsmen who built everything from scratch.

The linear assembly line quickly evolved into supply chains, whereby Toyota has a whole chain of subcontractors and component suppliers to enable the company to deliver cars. Apple doesn’t even manufacture phones, but designs and markets them, leaving Foxconn and others to do much of the research and development of how to produce what Apple designers want that suits the consumer.

Amazon and Alibaba (the pioneers of Industry 4.0) are the architects of their own digital ecosystems, orchestrating manufacturing, distribution and retailing through digital channels, running on cloud computing that they own and operate. In short, they moved beyond linear production to dynamic multitasking.

The common complaint by employers is that the current education system is not producing graduates who can be useful in jobs straight away. All new and old economy employers have to spend considerable resources retraining and reskilling their new and present employees.

This is simply because the education system is still based on the linear assembly line process, whereby young people go through 15-20 years of sequential formal education from primary to university level, using curriculums that are obsolete by the time they graduate.

Universities are producing balance-sheet employees, assuming that their graduates will remain on the books of a company for life. As more companies move to flexible production, subcontracting jobs out and cutting their full-time employees, that university education model is obsolete. In the internet era, all fixed costs are becoming variable. Fixed jobs are disappearing fast. Anyway, people don’t stay in the same company for too long.

To paraphrase Lord Acton, there are no permanent friends, permanent enemies or permanent jobs, only permanent interests.

Schools and universities also face the challenge of MOOC – massive open online courses – that are being offered by top universities and teachers, often for free. Who needs second- or third-tier universities staffed by professors teaching outdated content, when you can access knowledge and branding (from top universities) cheaper and faster?

This is why there is a growing market for short-term specialised courses run by market-based professionals that help companies re-skill employees. Employers also use AI to cut down hiring, because leading companies need fewer and smarter employees who can be retrained faster in real work experience.

The solution to the skilling and reskilling dilemma is internship. The education system should be re-geared towards becoming an ecosystem for continuous upgrading of skills, working together with all employers – government, business or civil organisations.

Taxation and education-spending policies should be geared towards universities as pools of cheap labour for employers, that provide interns real-life job skills in exchange for the opportunity to select and retain talent. In other words, university degrees should allocate up to half students’ time for internship. The tax and education subsidy system should be tailored to allow universities, employers and students to be mutually interdependent to produce better employees for the Industry 4.0 age.

To some extent, this is already happening, as many interns in Silicon Valley and elsewhere drop out of university and join their employers in start-up ventures, preferring on-the-job challenges, rather than learning more theory from textbooks. Teachers themselves would benefit from internships with companies, just as highly skilled workers would benefit from interchanging jobs to become professors (or teachers) of practice.

But the first step to conquering the digital divide is to change not just one’s own mindset, but that of decision-makers at all levels. As the saying goes, those who know, can’t decide, and those who decide, don’t know.

And if you don’t decide and then move on, you become marginal.

This article first appeared in the South China Morning Post on July 6, 2018. The views expressed in the reports featured are the author's own and do not necessarily reflect Asia Global Institute's editorial policy.