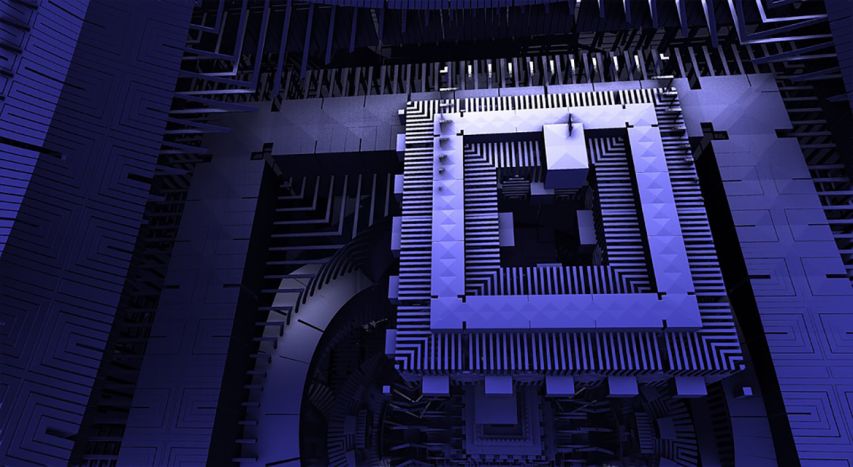 An Accountant’s Guide to Quantum Finance

Counterintuitive quantum concepts can be difficult to understand. Quantum physics is now widely accepted for its capacity to explain things classical physics cannot — but its lessons extend beyond the physical sciences. Andrew Sheng, Distinguished Fellow of Asia Global Institute, argues that finance is quantum in nature because finance is a representation of nature.

Counterintuitive quantum concepts can be difficult to understand. Quantum physics is now widely accepted for its capacity to explain things classical physics cannot — but its lessons extend beyond the physical sciences.

Quantum mechanics was discovered by physicists in the 1920s working at the atomic or sub-atomic levels. The weird part of quantum started with physical mysteries that could not be explained by classical physics. The simplest example is the double-slit experiment, in which a single photon (a laser beam) is directed at a two-slit barrier in front of a screen. You would expect to see two sharp slits of light on the screen, but no, what comes out is a pattern of stripes that are blurred at the edges. This suggested that light is both a particle and a wave. At the sub-atomic level, everything is dualistic, with an electron being a jumble of possibilities and potentially positive and negative at the same time!

Secondly, quantum theory suggested that the two components (the particle and the wave) may be entangled (related) in ways even when they are hugely distant from each other. Einstein tried to disprove this in 1935, when he and two colleagues argued that the relationship between two items has to be connected by the speed of light. But that is true if the relationship is physical! What if that “entanglement” is totally conceptual? Einstein said that God does not play dice with reality, and that entanglement is “spooky action at a distance.”

I would argue that finance is quantum in nature because finance is a representation of nature (real assets).

As a trained accountant, but a total amateur at physics and anything involving the physical sciences, I understood a simultaneous situation as the relationship between a positive accounting asset and its negative accounting liability. Double-entry book keeping insists that all assets are financed by a corresponding liability, so that asset + liability = zero. So what is the relationship between the asset and the liability?

Finance works on the basis of creating a financial asset which can be sliced and diced into derivatives which are financial claims on the asset, which can then be traded as long as investors believe that these financial assets have “good value.” The reality is that the liability is related to the underlying asset, even if it has been diced and sliced or transformed into derivatives, because conceptually, there remains a connection (entanglement) between the asset and the liability. In other words, if that asset or part of it is extinguished, then the liability or that part of it is extinguished at the same time.

Can the holder of that liability know where or in what condition the asset is? For the trader, the trading value of the derivative is more relevant than its underlying value. In a sense, even if the original asset is impaired in value, the derivative liability remains an asset that someone is willing to buy or sell. Ponzi schemes work on the theory that the “greater fool will buy.”

Accountants accept the practical outcome that investors treat entanglement between assets and liabilities, but mostly ignore how the relationship works, because they concentrate on the trading or exchange to discover the price. It is only when they become aware that the asset has deteriorated, that they begin to wind down their holdings of the liability, through Gresham’s law — bad money drives out good money.

What this suggests is that finance (which deals mostly with financial liabilities created through real assets) is quantum in nature. Finance works because it is dualistic (asset and liability), relational and entangled.

Here is what is interesting about quantum finance. You can influence the asset by changing the liability! In other ways, if investors are willing to “supercharge” the liability through double leverage (borrowing with the financial asset as collateral), then the value (or perception of value) of the asset changes because the yield increases with the leverage.

Thus, finance is quantum because individuals (as well as classical mathematics) assume that assets and liabilities are deterministic, namely, they have certainty of value. But value, which is perception, is relational and probabilistic, because our minds compute what they perceive through what we sense, which is always dynamic, contextual and relational. It’s about probability, rather than certainty.

Furthermore, once we collectively move from individual meaning or value to social value, then social value is a dynamic “soup” of self-order that “emerges” because we try to use an index to represent that reality — what we call “price” using a standard that is artificial (gold or a state liability). We create exchange-traded funds (ETFs) to represent a basket of index stocks, and trade the ETF instead of the underlying stocks.

Why is quantum natural rather than classical, linear, logical and deductive mathematics and thinking? The answer is that dualistic (or logarithmic) computation of reality is likely to be more accurate than single, linear approaches. We have two eyes, two sides of a brain, two kidneys, and so on in order to have redundancy and also at least “twin” calculations or measurements of information so as to make a better “cognition” and thereby better predictions and decisions.

Hence, blockchain technology involves triple-entry (or even the possibility of multiple-entry) in which every transaction is an exchange of information that can be validated into a third entry (key, custodian or information algorithm) that makes the original information more secure than before. In a sense, life is about how information mutates or is mutated by cells that transform themselves into something new. That information is dualistic, because the mutation can be positive or negative or even simultaneously so.

Finance is always growing bigger and more complex, because the creation of money has a zero-marginal cost. Central banks can create money, because it is backed by the state. When cyber-experts discovered this, they created cyber-currencies, because these currencies are backed by nothing, but they are secured through blockchain technology. But who ensures that the blockchain technology is truly unhackable and bitcoins cannot be duplicated or debased? This is why trust is the key element in finance.

The second law of thermodynamics says that entropy or complexity is always increasing. Finance evolves through derivatives and constant innovation, not all of which is good. In the same way, human society is also mutating in different directions at the same time. There is now greater consensus amongst scientists that quantum thinking is much more natural than thinking in classical physics terms.

If so, the accounting of reality is definitely more quantum than classical. We therefore cannot understand finance or money unless we understand quantum mechanics. With quantum computing, we will be able to manage finance better, but it will still be more art than science.

Andrew Sheng is a distinguished fellow at the Asia Global Institute, University of Hong Kong.

This article first appeared in Caixin on March 15, 2019. The views expressed in the reports featured are the author’s own and do not necessarily reflect Asia Global Institute’s editorial policy.