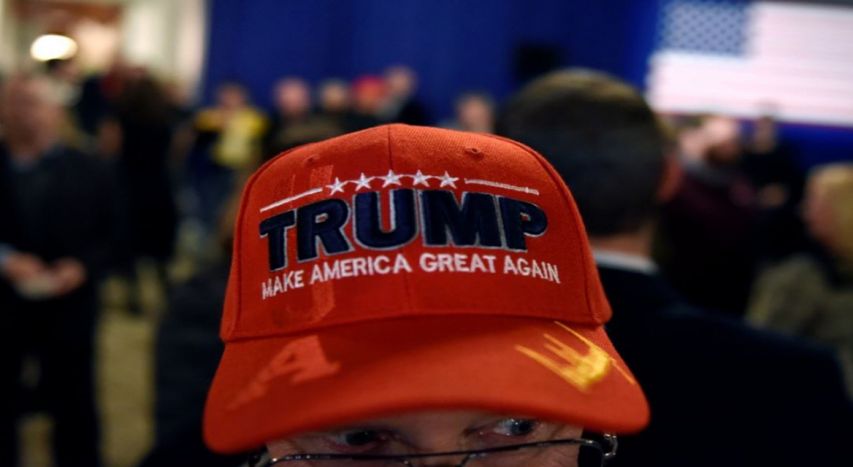 All in all, US midterm results are but a blip in the great populist revolt

Andrew Sheng, Distinguished Fellow of Asia Global Institute, says election gains by the Democrats and the predictable Trump tweets that followed show that America is fundamentally divided over values

Elections are supposed to be a period of exciting campaigns, after which everyone goes back to business as usual. In Tuesday’s US midterm elections, the Democrats regained the House of Representatives and the Republicans increased their majority in the Senate. The next day, President Donald Trump held an ill-tempered press conference during which he called CNN an enemy of the people and then, immediately after the conference, tweeted his thanks to attorney general Jeff Sessions for his services as he dismissed him.

In this firing, Trump did not lose a beat in his relentless campaign for 2020 re-election. Expect in the next two years more fire and fury for not just America, but the rest of the world.

Trump saw the midterm results as a “tremendous success” and “Big Victory”, mainly because his campaigning for three key Senate seats made the difference for his Republican candidates.

Moreover, large numbers of his supporters came out to vote. If the estimated voter turnout of 114 million proves correct, it would be the biggest in the midterms since 1970. The Republican Party is now his to direct.

Nevertheless, the election was a vote on his performance to date. Surprisingly, even though the US economy has been doing well, the swing to the Democrats showed that America is fundamentally divided over different values.

By getting at least 83 Democrat women elected in the House of Representatives compared with 14 Republican women, including two Muslim and the first Native American woman representative, the Democrats showed they have now cornered the diversity, youth, suburban and women’s votes. In contrast, the Republican Grand Old Party appears to be being led by Grumpy Old White Men with rural support.

For those who are surprised that the Democrats can garner over 9 million more votes than the Republicans but still lose the Senate, it is because the Senate is biased towards the rural vote. Twenty senators from urban states represent roughly half the country’s population, but 80 senators represent the smaller rural states.

Furthermore, optimists on this side of the Pacific who think the elections might tone down the unfolding US-China trade war are likely to be disappointed. As former US Treasury secretary Henry Paulson remarked in Singapore this week, an “Economic Iron Curtain” is being built around China, with support from both sides of the US political spectrum.

This is going to be a long-haul disengagement on multiple fronts. Paulson rightly pointed out that this is not a “divorce” between two parties, because the differences involve many other parties.

European commentator Jean Pisani-Ferry calls the new order a chess game with three players – the US, China and a loose coalition of other G7 countries. Welcome to the “New Romance of Three Kingdoms”. The G2 alone can try to shape the new order, but cannot dictate how it will emerge without the consent of the others.

Former US secretary of state Henry Kissinger got it right in his July interview with the Financial Times: “I think Trump may be one of those figures in history who appears from time to time to mark the end of an era and to force it to give up its old pretences.”

One of these pretences is that, since it began to shape world affairs after the first world war, America “considers itself unique – that is, ‘exceptional’, but with a moral obligation to support its values around the world for reasons beyond raison d’état”, as Kissinger puts it in his 2014 book, World Order.

Furthermore, the real victor of the second world war, the US, was magnanimous in leadership, with president Franklin Roosevelt saying that “the only way to have a friend is to be one. We can gain no lasting peace if we approach it with suspicion and mistrust or with fear.” But for Trump, power is fear, as quoted by Bob Woodward in his new book.

Why is fear and anger driving the rise of the populist right? Recent surveys in Europe suggest that the extreme right’s anger comes not from the neo-Nazis, but middle- and low-income people who feel insecure because they felt abandoned by the establishment. While the neo-liberal ethos preached globalisation, diversity and political correctness, it tended to solve all problems by writing more and more laws that gave more power to the bureaucracy.

The middle class felt that the establishment was captured by the 1 per cent for the 1 per cent, and completely ignored their basic needs for more social security, education, health and stable income and less corruption or red tape.

The neo-liberal ideology fails because it fatally promised to deliver to the majority what only the minority can enjoy under the limited resources of one Earth. Worse, the system has been captured by the 0.1 per cent for its own interests.

These were the oxygen that fuelled the populist desire by erstwhile White House adviser Steve Bannon to “deconstruct the administrative state”.

The underlying reason that enables capture and concentration is technology, which is actually dominated by tech giants and the state. Metcalfe’s Law states that the value of network hubs rises exponentially with the number of users. Globalisation and technology enabled a winner-takes-all effect, in which those with access to big data and artificial intelligence have huge advantages.

This explains why the largest markets in China and America are the sources of fast growth for tech giants. Up against the threat of job loss, the 90 per cent feel helpless. They don’t blame faceless algorithms but lash out at foreigners and immigrants.

The US-China competition is therefore not about trade, but about who commands the big data and AI that will determine their future competitive edge. The Americans feel they should have access to global big data, China thinks this is a sovereign matter, whereas the Europeans think it is a private individual right.

On these differences of values and perspectives, the new international order is unfolding in a disorderly fashion. Election campaign noises serve to blind our attention to the key signals of this fundamental change. Could the media give us some Trump-free time to think? Fat hope.

Andrew Sheng writes on international issues from an Asian perspective

This article first appeared in the South China Morning Post on November 10, 2018. The views expressed in the reports featured are the author's own and do not necessarily reflect Asia Global Institute's editorial policy.