Today, China faces an important choice: adopt a new growth model and generate more than $5 trillion in additional GDP by 2030, or stay on its current path and risk a hard landing. Which way will it go?

Hear Dr. Jonathan Woetzel speak on what the country needs to do to shift from its investment-led model to a more productivity-led one. 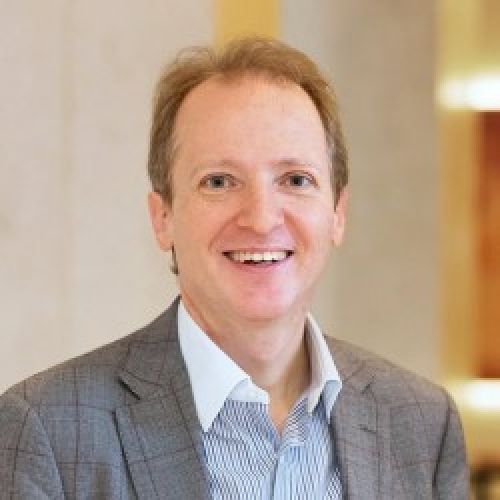 China has been reforming its economy for about three decades now and its position today is vastly different from what it was in the 1970s and 1980s. Capturing China's $5 Trillion Productivity Opportunity was presented as part of the Asia Global Institute (AGI) Public Lecture series at the University of Hong Kong on September 6, 2016.

China: Restructuring for Growth was opened by AGI's new director Zhiwu Chen and drew a full crowd of attendees including HKU President Peter Matheson and AGI Advisory Board Chairman Victor K Fung. Jonathan Woetzel, McKinsey Global Institute Director and Senior Partner, Shanghai, stated that China already shares many similarities to developed economies in the West, particularly from the perspective of its trade export profile or health profile, even as China's per capita income is lower than countries such as the United States or Italy. And while there may be a huge spectrum of economic conditions in China, he noted that China is growing very quickly and has already achieved a lot.

In spite of this, Woetzel considered China's economy to be "a very unbalanced one."

"If you take all the profits from China's industry, you may find that as much as 80 per cent of economic profit in China goes into the financial sector. Even in the United States, and prior to the Great Recession, the share of financial services within the U.S. economy was fairly moderate," he said.

Woetzel noted that China got to where it is today by maintaining its long-standing credit and investment policy which, up until recently, resulted in growth. But today's policy has resulted in a steady decline in nominal GDP and even as credit continues to rise, most of China's industries have stopped delivering attractive returns. In fact, China's companies have a lower return on invested capital than U.S. companies do. Companies in sectors such as steel or heavy industry are even seeing negative returns.

"When we went back and looked at Chinese firms and compared them against American firms, we found that the best of China can easily compete with the best of the U.S. But China's companies by and large offered a far poorer distribution of returns on invested capital for companies (R&D-driven manufacturing and services) in the sectors that were studied, with companies making consumer-manufactured goods being a notable exception," he said.

Thus if China undertook a different growth model and sought to improve its productivity levels, this approach can add as much as $5 trillion to its GDP and household income by 2030, when compared to an investment-led growth model, Woetzel said.

The push for productivity-led growth "is not about doing things cheaper," he added. "It is about introducing better products and services, reaching more people and creating more markets and more jobs. China needs to look for topline or numerator growth."

Woetzel outlines five opportunity areas, which if acted upon by policy makers and companies, could accelerate the shift towards a productivity led economy and expand GDP and consumption by $5 trillion more than would be the case with an investment led model. These are:

1. serve the middle class: China's middle class is the single biggest growth opportunity in the world for the next 10 years.
2. are or are going digital: "Online grows fast because offline is really horrible," Jack Ma.
3. improve innovation by providing higher-value added products and services.
4. affect operational transformation in the workplace. This can be as simple as ensuring that when labor costs go up, productivity levels should rise as well. This also implies changes including automation, robots, Industry 4.0, and the Internet of Things in the workplace.
5. are globalized or are in the process of globalizing. Today just over a hundred Chinese companies are on the Fortune 500 list, less than 10 per cent of the revenues of those companies come from outside China. Going global is a characteristic of high-performing, high productivity firms.

To close, he laid out five ideas to help institutions transit from being investment-led to becoming productivity-led. These include: