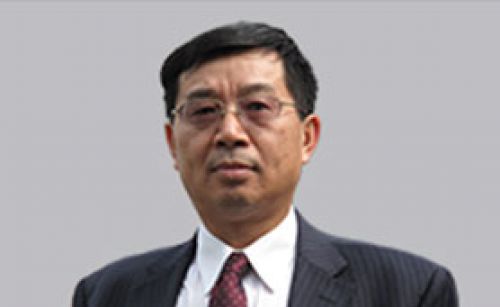 Professor Guoqi Xu is a member of the AsiaGlobal Fellows Faculty Committee and Professor of History at the University of Hong Kong.

HKU Professor of History Guoqi Xu ties the idea of sports and “Chineseness” together in this Asia Global History Lecture held on February 21.

China may be perceived as a global powerhouse in sports today, but that was not always the case. In his lecture, The Idea of China—Looking through the Lens of Global Sport, Guoqi Xu, Professor of History at The University of Hong Kong, positioned sport as a means of self-expression as a nation, or “Chineseness.” The lecture took place at the Asia Global Institute’s offices on February 21. AGI Director Zhiwu Chen delivered the opening remarks.

In his talk, Xu focused on four issues: 1. Sports as an Idea of  “I can Compete!” (我能比呀)  2. Sports as vehicle for national representation and the “One China” principle; 3. Sports as a diplomatic tool; and 4. Sports and Chinese dream.

The Chinese word for sport, or tiyu (體育) was a Japanese import that did not appear in China until the late 19th century. Xu suggested that after 1895 when China was defeated by Japan, many of China’s elite no longer considered their country to be the “Middle Kingdom” but as a “Sick man of Asia”. As a result of this, international sports became seen as a vehicle for promoting the idea of “I can Compete!” and for expressing China’s desire to be a fully-fledged member in the family of nations.

Between 1895 to 1948, China’s sports concerns were focused its athletes’ ability to take part in global events such as the Olympic Games, which kicked off in its current form in 1896. The Chinese phrase “I can compete” was also to refer to the Olympiad during this time, and there was a sense that if China could take part in the games, it could take its rightful place in the global community. It was during this early period of China’s Olympic history that that in 1908, it set three goals: to send a team to the Olympics; to win a gold at the Olympics; to host an Olympics.

The Second World War and hostilities between Nationalist and Communist put sports activities on hold and after the communists came to power in 1949, international sports became a battleground for national representation. The 1952 Olympics in Helsinki were a watershed event, Xu said, because it was the only time in Olympic history to date that China and Taiwan were allowed to compete side-by-side as representatives of China. Continued disputes over national representation meant that Beijing had to withdraw from virtually all international sports federations, except the body that governed table tennis. The situation continued until 1979, Taiwan was derecognized, and the PRC, recognized, as China’s official representative by the United Nations. The International Olympic Committee also adopted the “one country, two systems” policy, and Taiwan was renamed “Chinese Taipei” (中華台北), a name change which allowed it to retain access to global sporting events.

International sports has also long been used as diplomatic tool by China. Its participation in the 1932 Olympic games were largely brought about through diplomatic calculation. In 1971, officials kicked off what is now known as Ping pong diplomacy, which not only improved Sino-American relations, but also ultimately saw Beijing’s recognition as China’s official representative.

In his talk Xu also explained the strong link between sports and the Chinese dream. He painted sports as a hallmark of Xi Jinping’s regime and how international Sports is currently seen as a symbol of new rising China, through his discussions of the Olympic Games in 1984, 2008 and Beijing’s desire to host the 2022 Winter Olympic Games.  Xu concluded by arguing that today, Chinese president Xi Jinping is keen to have his country qualify and play in a FIFA World Cup. He also wants to see China host a World Cup, and win a World Cup,  fulfilling Xi’s dream of “rejuvenating the Chinese nation” in the process.