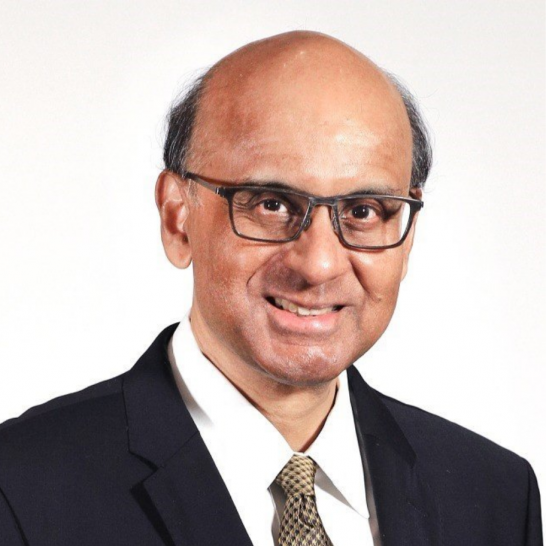 Tharman Shanmugaratnam is Senior Minister of Government of Singapore.

Tharman is Senior Minister in Singapore, having served for several years as Deputy Prime Minister and Finance Minister. He is concurrently Chairman of the Monetary Authority of Singapore, the nation’s central bank and financial regulator. Tharman is also Coordinating Minister for Social Policies, and chairs the National Jobs Council aimed at building skills and jobs in the wake of COVID-19.

Tharman also co-chairs the G20 High Level Independent Panel on financing pandemic security, together with Ngozi Okonjo-Iweala and Lawrence Summers. He earlier led the G20 Eminent Persons Group on Global Financial Governance, which in 2018 proposed reforms in development finance and the international monetary system for a more cooperative international order.

Tharman chairs the Group of Thirty, an independent global council of economic and financial leaders from the public and private sectors and academia. He also co-chairs the Global Education Forum, and the Advisory Board for the UN’s Human Development Report. He earlier chaired the International Monetary and Financial Committee (IMFC) for four years; he was its first Asian chair.

Apart from his responsibilities in Government in Singapore, Tharman is Deputy Chairman of GIC and chairs its Investment Strategies Committee.

Tharman has spent his working life in public service, in roles principally related to economic and social policies. He studied economics at the London School of Economics and Cambridge University. He later obtained a Master’s in Public Administration at Harvard University, where he was named a Lucius N Littauer Fellow in recognition of outstanding performance and leadership potential.