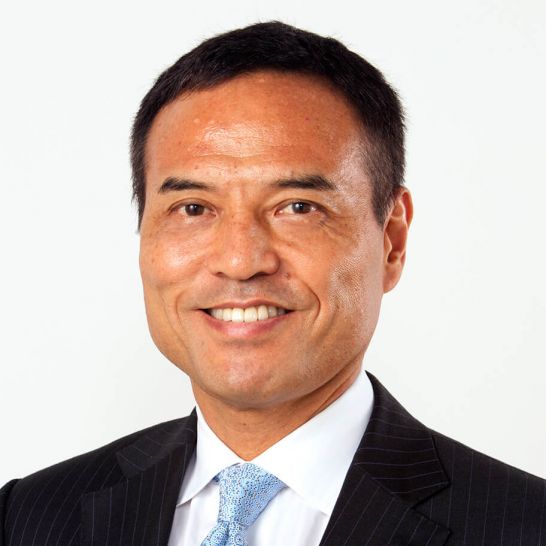 Mr Takeshi Niinami is President and CEO, and Representative Director of Suntory Holdings Limited, the largest major alcohol and beverage manufacturer in Japan, with brands such as Yamazaki and Jim Beam amongst its portfolio.

Mr Niinami started his career in 1981 at Mitsubishi Corporation. In 1995, he was appointed CEO of Sodex Corporation (currently LEOC Co), a hospital food service joint venture between Mitsubishi and Sodexo (formerly Sodexho Alliance) of France. He was appointed President and CEO of Lawson, Inc, the second largest convenience store operator in 2002, then became Chairman of the Board in 2014. He has been the President and CEO of Suntory Holdings Limited since October 1, 2014.

He served on the Industrial Competitiveness Council of Japan, as an economic advisor to the Prime Minister, and is a current member of the Tax Commission of the Government of Japan. Mr Niinami is a member of the Council on Economic and Fiscal Policy (CEFP) as a senior economic advisor to the Prime Minister and the Chair of Committee for Promoting the Integrated Economic and Fiscal Reforms. He is also Vice Chairman of the Japan Association of Corporate Executives (KEIZAI DOYUKAI), and a member of the World Economic Forum’s Global Agenda Council on Japan.