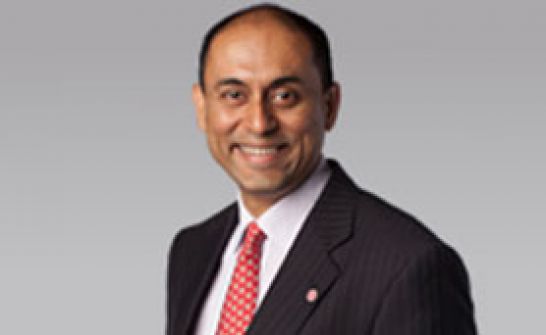 Professor Soumitra Dutta is a fellow of Asia Global Institute and Dean of the Samuel Curtis Johnson Graduate School of Management at Cornell University.

He recently served as the Roland Berger Chaired Professor of Business and Technology and is the founder and academic director of the eLab at INSEAD, a top-ranked graduate business school in Fontainebleau, France.

Previous roles Professor Dutta held during his 23-year tenure at INSEAD include Dean of External Relations; Dean of Executive Education; and Dean of Technology and E-learning. He has served as a visiting professor in the Haas School at University of California at Berkeley, Oxford Internet Institute at the University of Oxford, and Judge School at the University of Cambridge in England. He has lived and worked in Europe, Asia and the U.S., including stints as an engineer with GE in the U.S. and Schlumberger in Japan. Professor Dutta is an authority on the impact of new technology on the business world, especially social media and social networking, and on strategies for driving growth and innovation by embracing the digital economy. He is the co-editor and author, respectively, of two influential reports in technology and innovation: the Global Information Technology Report (co-published with the World Economic Forum) and the Global Innovation Index (to be co-published with the World Intellectual Property Organization). Both reports have been used by several governments around the world in assessing and planning their technology and innovation policies. Professor Dutta is a member of the Davos Circle, an association of long-time participants in the Annual Davos meeting of the World Economic Forum, and has engaged in a number of multi-stakeholder initiatives to shape global, regional, and industry agendas. He is on the advisory boards of several international business schools. He has co-founded two firms and is on the board of several startups. He received the European Case of the Year award from the European Case Clearing House in 2002, 2000, 1998, and 1997. Professor Dutta received a BTech. in electrical engineering and computer science from the Indian Institute of Technology, New Delhi. He received an MS in business administration, an MS in computer science, and a PhD in computer science from the University of California at Berkeley.