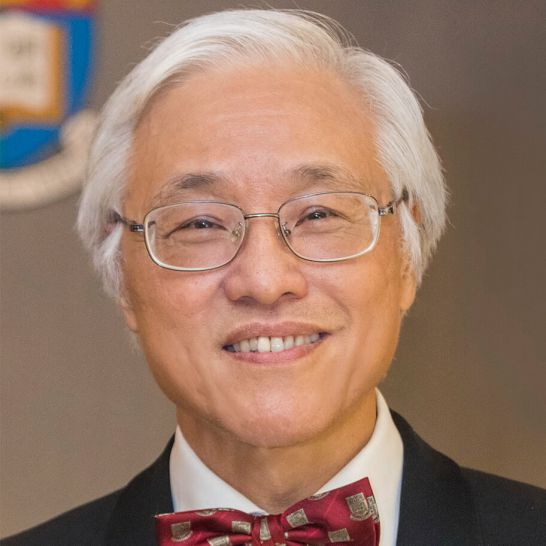 Professor Tam has been Chair of Paediatric Surgery at the University of Hong Kong since 1996 and Li Shu-Pui Professor in Surgery since 2013. He was the Vice-President for Research (2003-2015), Acting President and Vice-Chancellor (February – July 2018) and has been Interim Provost and Deputy Vice-Chancellor of the University of Hong Kong since 2015.

Professor Tam graduated from the University of Hong Kong in 1976, and worked in the Department of Surgery until 1986. He was Senior Lecturer at the University of Liverpool in 1986-90, and Reader and Director of Paediatric Surgery at the University of Oxford in 1990-96. Professor Tam has special interests in minimal invasive surgery, genetics and regenerative medicine of birth defects such as Hirschsprung’s disease. He has published 423 articles in internationally refereed journals with 21267 citations and h-index = 48, is ranked amongst the top 1% of most-cited scientists (ESI) and has been awarded grants totaling > US$20m.  He serves on many international professional associations and was President of the Pacific Association of Paediatric Surgeons (2008-2009).  He also serves on editorial boards of several international journals including the Journal of Pediatric Surgery as the Editor for Asia and member of International Advisory Board for the Lancet Child and Adolescent Health.

He has given invited lectures at BAPS, EUPSA, AAPS, Nature Forum and Days of Molecular Medicine. He has received numerous awards including the BAPS Prize, Lifetime Achievement Award (AAPS) and Honorary Fellowship of the American Surgical Association. He was awarded the 2017 Denis Browne Gold Medal, the highest award of the British Association of Paediatric Surgeons. He was appointed the Lancet’s Series Lead for the Surgical Series of two articles and one comment on Paediatric Surgery published on 9 September 2017.