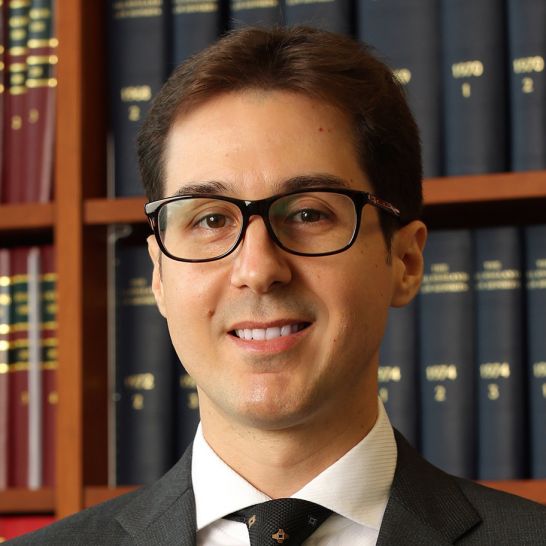 Marcelo Thompson is an Assistant Professor of Law at the Faculty of Law, The University of Hong Kong.

Marcelo Thompson is an Assistant Professor of Law at the Faculty of Law, The University of Hong Kong. Courses Marcelo teaches or has taught at HKU include “Law and Society”, “Legal Theory”, “Privacy and Data Protection” and “Regulation of Cyberspace “. Marcelo’s core research interests lie in the intersection between law, political theory and the study of technological change. He is interested in what new forms of normativity arising from the design of the information environment mean for the life of law and politics in the 21st century.

Prior to returning to academia, Marcelo was the Attorney General of the Brazilian Information Technology Institute – ITI, under the Office of the President of Brazil (2004-2005), where he headed the legal team in charge of both the Brazilian Free Software Programme and the Brazilian Public Key Infrastructure. From 2002 to 2004 Marcelo was the Head of the Department of Litigation (2003-2004) and an Attorney within the Venture Capital division (2002-2003) of the Brazilian Innovation Agency – FINEP, under the Brazilian Ministry of Science and Technology. While working for FINEP, Marcelo was a Part-Time Professor of Information Technology Law at his alma mater, PUC-Rio (2002-2003). Marcelo started his professional career in 1998, practicing as an intern (1998-2000) and later as a lawyer (2001) in a technology-focused boutique law firm in Rio de Janeiro.