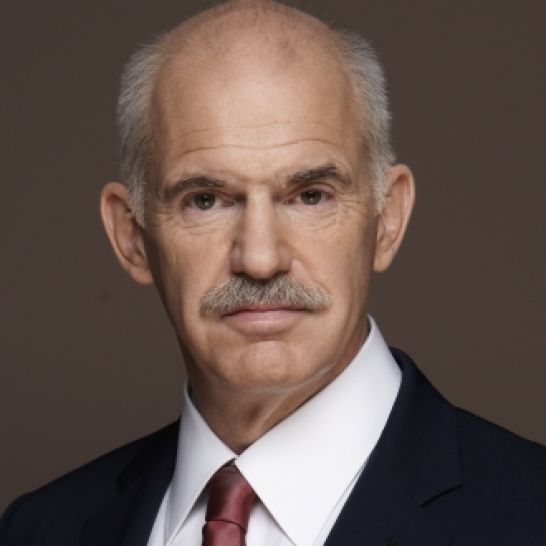 Mr. George Papandreou is a Greek politician who served as Prime Minister of Greece from 2009 to 2011.

Mr. Papandreou served as Greece’s Prime minister on the outbreak of the Greek financial crisis, managing to avoid his country’s bankruptcy, whilst applying a series of structural reforms for modernizing his country. In 2010 he was awarded Germany’s Quadriga Award in the category “Power of Veracity”, for his achievements related to government Transparency. For his efforts to reform Greece he was named one of the Foreign Policy magazine’s TOP 100 Global Thinkers in 2010.

As an MP (1981-2015), he served in several government posts, as undersecretary of Culture and Minister of Education, before becoming Foreign Minister from 1999-2004. In 1997, as Foreign Minister, George Papandreou in collaboration with his Turkish counterpart, late Ismail Cem, achieved a breakthrough in Greek - Turkish relations, initiating a gradual rapprochement following the Imia crisis that brought the two countries almost at the edge of a war. He also played a key role in the negotiations that led to Turkey's EU candidacy in 1999 and Cyprus's entry in the European Union in 2004.

As Minister of Education, he founded the Greek Open University, which allowed for all to participate in distance studies for University degrees, he established multi-cultural schools, and instituted a minimum quota for students in Greek universities who were members of the Muslim community in Greece.

Currently he is the President of the Socialist International . The SI has a consultative status - Category I - with the United Nations. He is also the co-chair of the Democratic Alignment , a coalition of the center left parties in Greece, composed by the Panhellenic Socialist Movement ( PASOK), the Democratic Left (DIMAR) and the Movement of Democratic Socialists .