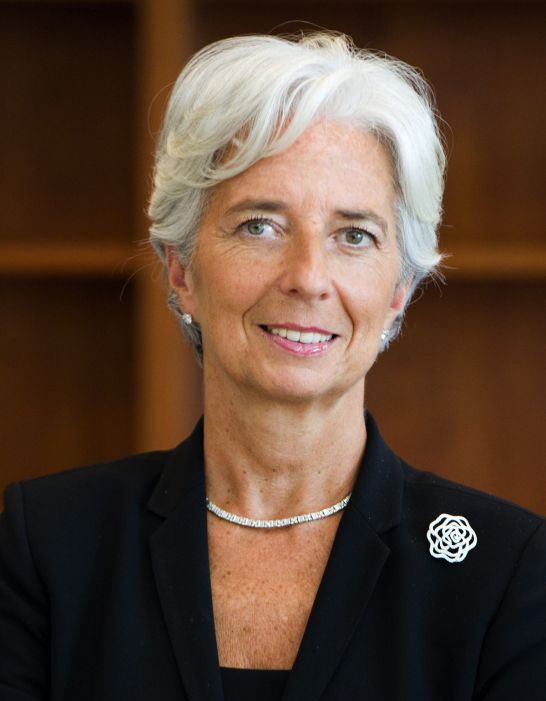 Ms. Christine Lagarde is a French lawyer and politician  who is currently serving as the Managing Director and Chairwoman of the International Monetary Fund. Ms. Lagarde has held the position since 5 July 2011.

Ms. Christine Lagarde joined the French government in June 2005 as Minister for Foreign Trade. After a brief stint as Minister for Agriculture and Fisheries, in June 2007 she became the first woman to hold the post of Finance and Economy Minister of a G-7 country. From July to December 2008, she also chaired the ECOFIN Council, which brings together Economics and Finance Ministers of the European Union, and helped foster international policies related to financial supervision, regulation, and strengthening global economic governance. As Chairman of the G-20 when France took over its presidency for the year 2011, she set in motion a wide-ranging work agenda on the reform of the international monetary system.

On July 5, 2011, Ms. Lagarde became the eleventh Managing Director of the IMF, and the first woman to hold that position. She was elected to a second term, which started on July 5, 2016.

Ms. Lagarde was named Officier in the Légion d'honneur in April 2012.